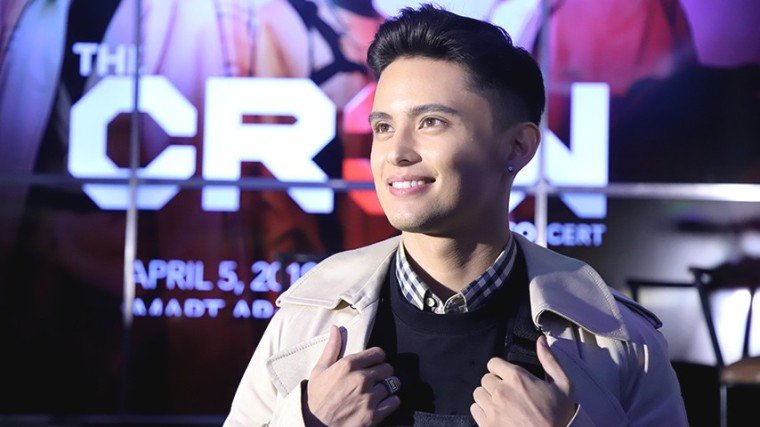 James Reid is not bothered by the negative comments questioning his inclusion as a judge on the upcoming show Idol Philippines.

In fact, the 25-year-old actor has not even looked at any comments since he was announced as an Idol judge alongside fellow entertainers Regine Velasquez, Vice Ganda, and Moira dela Torre.

"I don't wanna look at the comments. I'm sure I understand what they're saying," James said in an interview at the presscon for The Cr3w, his upcoming concert with fellow Viva artists Billy Crawford and Sam Concepcion on April 5 at the Araneta Coliseum.

James admitted that he felt insecure about being a judge but realized that the producers "got me for a reason."

"I made it in my own area, my own field in the showbiz industry... they see talent in me," said James, who aside from acting has been busy working on his music as both CEO and artist of Careless Music Manila, the recording label he formed last year.

James said in his Idol Philippines interview that he wanted to find his next recording artist among the singers who will go on Idol.

Meanwhile, Idol Philippines host Billy Crawford is giving his all-out support to the judges of the show.

The host appealed to bashers to lift up local entertainers instead of bringing them down through negativity.

"Ang pinaka-importante dito is guys, you have to be proud of our own talent na pinapasikat natin para sa buong mundo," Billy said.

"So I think people need to stop, take a look at themselves in the mirror and really ask the question "Perfect ba tayo?"

Billy, who recently relaunched his music career with the single "Filipina Girl," also said that he's happy to be working with James on Idol.

"He [James] is excited to do Idol as well," the host said.