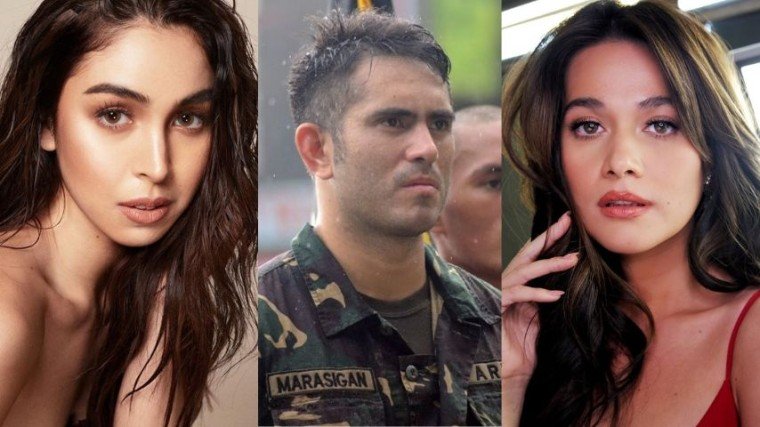 Is the controversy among Bea Alonzo, Gerald Anderson and Julia Barretto over?

After weeks of dominating the Internet, the Bea Alonzo-Gerald Anderson-Julia Barretto controversy seems to be dying down at last.

As a quick recap, the issue started from the Gerald-Julia viral sighting at the birthday party of Rayver Cruz last July 21. The stolen shot of the two went viral.

Prior to all these, there have already been talks about an alleged Julia-Gerald romance that blossomed during the shoot of their romantic movie, Between Maybes.

The day after the Julia-Gerald sighting, Bea posted a cryptic message on her Instagram account, which led to speculations about infidelity in her relationship. She also went to like Netizens’ posts related to the sighting.

The Netizens then began accusing Gerald and Julia of cheating their respective partners. Bea had her defenders and so did Julia. Thus, the birth of the hashtags #TeamBea and #TeamJulia, pitting the two women against each other.

It was Bea, who spoke first regarding the matter. During the press conference for her upcoming ABS-CBN’s drama series, last July 26, she felt obliged to answer the questions regarding the status of her relationship with Gerald, her boyfriend of three years.

There she said: "Honestly, to my understanding, we did not break up. He just started not talking to me."

#Ghosting became the next trending topic after Bea’s interview. Even Gerald admitted he had to Google its meaning, when he got the chance to air his side via personal interview for the ABS-CBN News on August 5.

In the said interview, Gerald didn’t directly say whether he ghosted Bea or not. But made it clear that they’ve been having a series of fights that led to one big fight that ended everything as far as he’s concerned. The issue, therefore was between them, thus, no third party was involved. Gerald absolved Julia.

Julia, the next day, issued a long statement on Instagram clarifying several points including her not having cheated on ex-boyfriend Joshua Garcia, and her being a third party in Bea-Gerald breakup.

In the same statement, Julia directly accused Bea of bullying citing her act of liking posts related to her and Gerald was her sly way of activating Julia attackers on her behalf.

The Internet went ablazed again with comments and attacks on both sides.

Meanwhile, on the sidelines, people who are directly and indirectly affected by the issues, namely Julia’s relatives and Bea’s friends got themselves entangled on the issue, too.

Julia’s aunt Gretchen Barretto, who has a long-standing feud with Julia’s mom Marjorie, made it publicly known she’s #TeamBea. Gretchen even mocked her niece by saying she hired a ghostwriter to write her statement.

Julia’s dad, Dennis Padilla, reportedly called up Gerald to ask why this had been happening. Julia’s Lola Inday Barretto called out bashers by posting a lengthy comment in reporter Mario Dumaual’s Instagram. And even Julia’s Ate Dani got herself on the war path with bashers in defense of her younger sister. Bea’s friends, for their part, reportedly made an act of collective unfollowing act.

Every website, every newspaper, even TV and radio programs carried the news for days. Memes were created and even government officials dipped their fingers on the issue. Justice Marvic Leonen’s Twitter post that asked Julia and Bea is Gerald was he worth it, also became a trending topic.

Dear Bea and Julia,
is he really worth it?#JustAsking

Indeed, the controversy has been elevated to become a ‘national news.’

And it’s been indeed a roller-coaster ride of emotions for the respective families, friends, and followers of the three Kapamilya artists.

But are we finally seeing an end to all of it?

The public, it seems, is still awaiting Bea’s rebuttal to the “bullying” accusations. But what we got instead was Marjorie changing her IG bio into Ghostwriter, seemingly alluding to Gretchen’s accusations that Julia hired a Ghostwriter to compose her statement for her. Gretchen rebutted by changing her bio to Ghost Buster.

But last we heard, Bea has already consulted a lawyer regarding the “bullying” accusations. The three star’s manager, the Star Magic, has yet to issue any statement, as it normally did in the past when any of their artists get embroiled in controversies.

Scrolling through the IG feeds of Bea, Gerald and Julia now, that’s the impression that you get.

Julia uploaded two photos of her looking all glammed up and hinted that she’s welcoming another chapter in her life in her caption.

Gerald, for his part, started to upload photos of him taken during his three-day Scout Ranger training. Although, he muted his comment section, he still managed to gather massive likes from his followers. Trying to be positive, hoping that his short training military training could help him be a better man.

“Once the storm is over you won't remember how you made it through, how you manage to survive. You won't even be sure, in fact, whether the storm is really over. But one thing is certain. When you come out of the storm you won't be the same person who walked in. That's what this storm's all about.' -haruki Murakami, Kafka on the shore.”

Bea, also for her part, hasn’t updated her followers about anything yet but she must be busy working on her drama film with actor Richard Gutierrez and actress Angelica Panganiban. She was recently seen in post by Jodie Tarasek, enjoying the company of her friends that included actor Paolo Avelino.

Of the feuding elderly Barrettos, Marjorie had initiated in deleting her ghost writer ID on her Instagram.bio. Gretchen has kept hers. But except for that, not much was heard about the controversy over the long weekend.

Has the storm finally passed? I guess, we all wait and see. 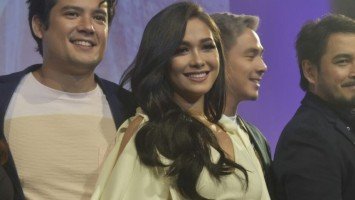