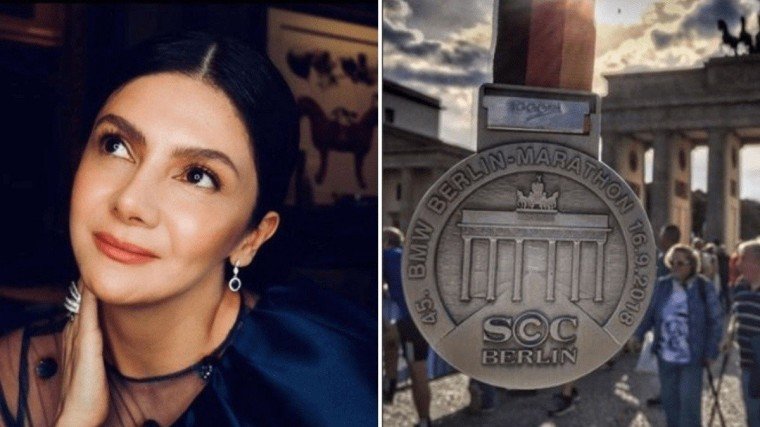 Take a glance at Charlene Gonzalez’s Instagram account (@itsmecharleneg) and you’ll get a good idea of the things that matter to the former beauty queen: her husband, Aga Muhlach; their twins Atasha and Andres; her many friendships; and her challenging hobby: running.

Recently, that hobby took Charlene all the way to Europe, specifically Germany for the annual Berlin Marathon that took place on September 16 this year. The mom of two ran the 42-kilometer race with her friend Stella Que and had a finish time of five hours, 12 minutes, and 12 seconds.

The 43-year-old actress posted a photo of her race medal on Instagram, saying: “Thank you 🇩🇪#BerlinMarathon2018 for the great memories made!! Such a beautiful city to run in & running thru the #BradenburgGates at the finish line was such an amazing and emotional feeling to run through such an historic monument!! 🇩🇪🏆🇩🇪 #42k..A beautiful way to end the race 🇩🇪♥️#berlinmarathonmedal is such a beautiful site to see as well!! Thank you lord for the wonderful experience & for a safe finish!! All glory & praise to you Jesus!! 🙏🏻💛🙏🏻.”

The race in Berlin marks Charlene’s second marathon, the first being the Tokyo Marathon in 2017 where she was cheered on by her husband and kids. See Charlene’s photos from that marathon (and her other running achievements) below:

The running enthusiast thanked her trainer Ken Mendola who “brought [her] from 0-42k in less than 10 months.”

To prepare for the Berlin Marathon, Charlene trained frequently with her friends and running buddies. She also joined the Santa Barbara Half Marathon in June of this year to get in the race mindset.

Charlene’s first-ever race was the Milo Marathon in 2016, when she joined the half-marathon event. The fast food endorser said that she was supposed to be accompanied by her husband, Aga, to the 21k race but was unfortunately injured so he ran the 10k race instead.