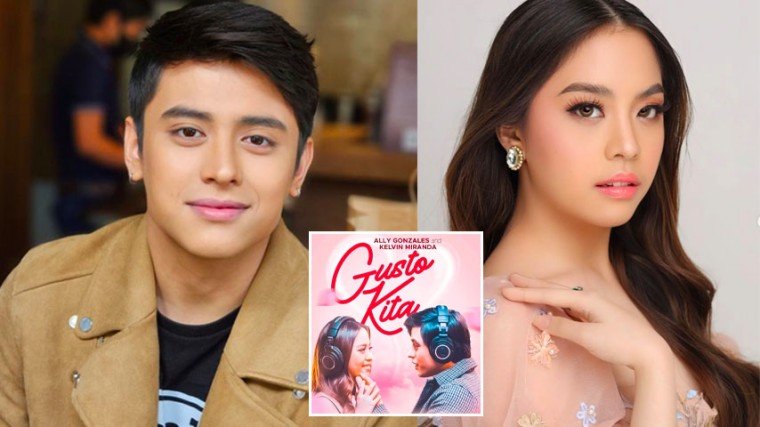 Kelvin Miranda, the newest Kapuso leading man and one of the freshest faces for Bench, has undoubtedly already made a name for himself with a string of good projects. Meanwhile, Ally Gonzales, 18, may be a newbie in the music industry but her training under respected names in music— Keith Martin and Vehnee Saturno to name a few—is priceless.

Kelvin Miranda, the newest Kapuso leading man and one of the freshest faces for Bench, has undoubtedly already made a name for himself.

Kelvin's film debut, Dead Kids (2019) is no less than a Netflix original film. He then showcased his acting prowess and flexed his heartthrob potential when he starred opposite Mikee Quintos in the 2021 GTV teleserye The Lost Recipe. He then immediately had a follow-up project and was partnered with actress Beauty Gonzalez in the limited series, Stories from the Heart: Loving Miss Bridgette, which tackled the forbidden love between a teacher and a student.

Kelvin’s boyish good looks and outstanding acting skills certainly made a mark that earned him awards and brand endorsements.

A triple threat, this Kapuso leading man is also charming his fans as a singer. With Mikee Quintos, Kelvin sang "Di Mawawala," the OST for their hit serye, The Lost Recipe.

He was honored to sing the OST for 19th anniversary special of the long-running and award-winning show, Wish Ko Lang. He recently released two singles, "Sumayaw" and "Slow Dance," that both caught the ladies’ hearts. Both singles skyrocketed in digital platforms placing #8 and #2 in Spotify and iTunes.

Meanwhile, Ally Gonzales, 18, may be a newbie in the music industry but her training under respected names in music is priceless. She started singing at age two and was taken under the tutelage of international singer- composer Keith Martin at 8.

At 14, Allyson added feathers to her cap by continuing her voice training with renowned local composer Vehnee Saturno and singer Ladine Roxas.

“Gusto Kita,” her second single, was chosen as the OST for the Tagalized Koreanovela, The Ghost Doctor, starring Rain and Kim Bum. She also became a daily winner in Eat Bulaga’s talent search “Bida Next” and made it to the semifinals.

This newbie singer also showed promise when she received the Dakilang Filipino Award for New Upcoming Singer/Recording Artist of the Year. Ally also served as the front act for the benefit show of The Voice Grand Champion Mitoy Yonting and viral singer Katrina Velarde.

Apart from singing, Ally also ventured into doing commercials and modeling early on. She has been a commercial model at three and has done various TVCs for brands such as Colgate, Gain Plus, BonaKid, CDO Idol Hotdog, and kiddie clothing brands Osh Kosh and Cinderella.

She became a talent for talent agencies Modelshop, Mercator, and Saikou Agency.

Ally currently studies Arts and Design Strand/Animation at La Salle St. Benilde. Her mom manages her, and her music is under Vehnee Saturno Music Corporation.

Together, these young achievers will undoubtedly make beautiful music.