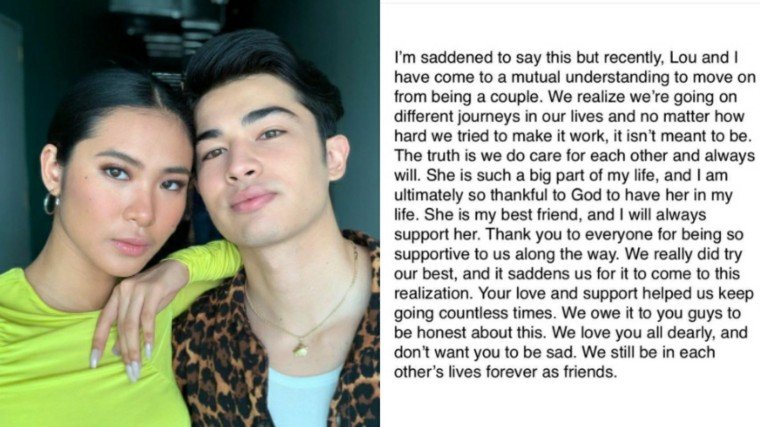 LouDre has parted ways! Andre Brouillette announced on Instagram that he and Lou Yanong have parted ways as a couple!

Andre Brouillette and Lou Yanong, best known for their time as housemates during Pinoy Big Brother (PBB): Otso from 2018 to 2019, have ended their relationship, as announced by the former on Instagram this Wednesday, January 27.

Andre began the announcement by saying how saddened he was to say that both he and Lou came to a mutual understanding to move on from being a couple.

"We realize we're going on different journeys in our lives and no matter how hard we tried to make it work, it isn't meant to be," the Fil-Am model said.

"The truth is we do care for each other and always will," he added.

Andre went on, saying how Lou has played such a big part in his life and expressed gratitude to God for allowing her to be in his life.

"She is my best friend, and I will always support her," he said.

He said they tried their best to work things through, yet it did not go well and was saddened to come to a realization that they need to break up.

"Your love and support helped us keep going countless times," Andre said to the fans of their love team known as LouDre. "We owe it to you guys to be honest about this. We love you all dearly, and don't want you to be sad.

"We [will] still be in each other's lives forever as friends," he ended.

Lou and Andre became the talk of the town last March 2019, in an episode of PBB, when they were caught kissing several times during a pool party inside the house, causing some housemates to become uncomfortable.

The episode sparked a debate between viewers on social media.

It was several days later, in an episode where the housemates were interviewed by Boy Abunda, wherein they publicly declared their love with Andre asking Lou to be his girlfriend, to which the latter said yes, expressing her love to him. 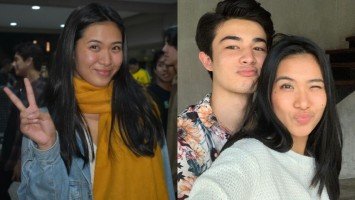 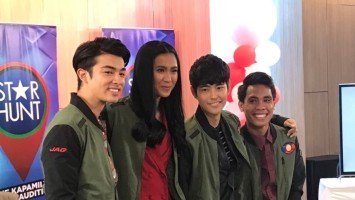