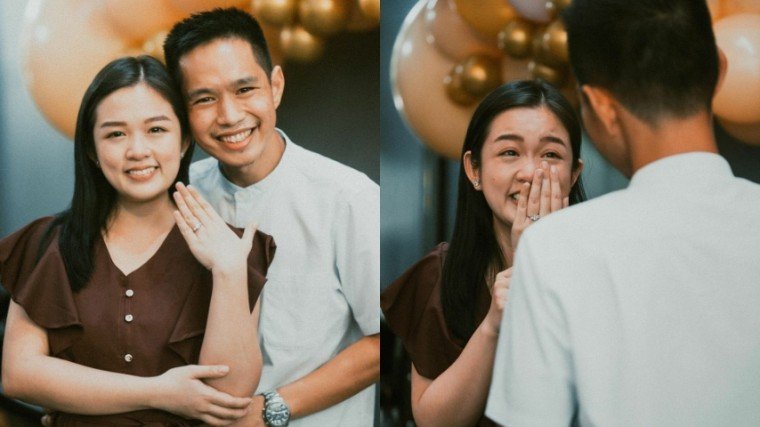 Trina "Hopia" Legaspi, best known for her time as a child star in Goin' Bulilit, shared the blissful news of her engagement!

Trina Legaspi, best known as Hopia from her days in the kiddie gag show Goin' Bulilit, announced her engagement to boyfriend Ryan Jarina on Saturday, November 28.

She revealed the blissful news on her Instagram page, sharing photos of Ryan proposing to her and her saying yes.

“Without a doubt, in a heartbeat, I said YES!” she wrote. “I can’t wait to marry my first and only love."

The former child star, then, thanked the Lord for giving her "destined partner" while saying that it was worth the wait.

The couple has been together for six years.

She is best known for her time in Goin' Bulilit, with the likes of Montes and Kathryn Bernardo as her batchmates, and was referred to the show with the nickname Hopia.

Trina took a break from showbiz to pursue her studies, graduating with a degree in communications back in 2016.

She returned after, using her real name as her screen name and managed by Star Magic. She currently works as a financial adviser and does YouTube videos, having over 40,000 subscribers. 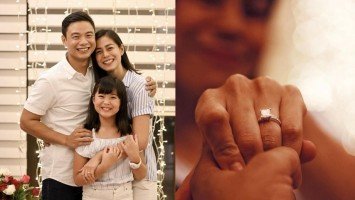 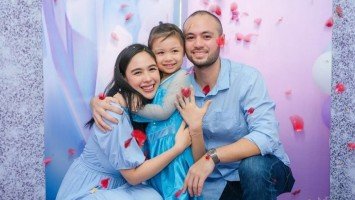