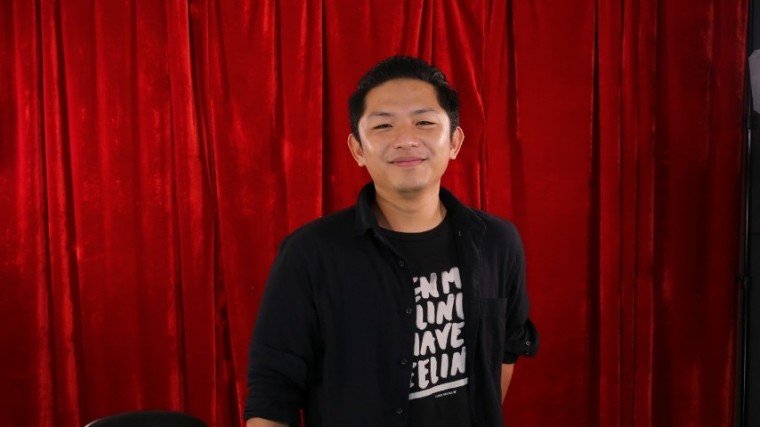 That was the first line of Jowable, the six-minute short film that went viral on Facebook in August 2018. Created by the Facebook page VinCentiments, Jowable went viral for two things: one, its messy and relatable main character, a single woman begging the Lord for a boyfriend; and two, its perceived blasphemy and irreverence. [She’s drinking Red Horse in a church.]

Jowable became controversial for its main character’s unconventional approach in praying for a boyfriend. [Video courtesy of Vincentiments]

The brains behind the short is Darryl Yap, a writer by training who only recently ventured into directing films. A 31-year-old creative from Olongapo City, Zambales, Darryl is the founder of SaWakas, an independent theater group that would stage performances ranging from one-act plays to adaptations of movies like Ricky Lee’s Himala. Says the director, he uploaded Jowable at 2 a.m.—and come 7 a.m., just five hours later, it had already amassed 1 million views. The page’s following, which stood at 2,000 the night before, suddenly ballooned into 120,000 users.

“It was not really planned,” Darryl recalls in an interview with pikapika.ph “I really don’t see myself parang going viral and posting it online.”

VinCentiments director Darryl Yap talks to Pikapika about how his page became a viral sensation.

An approachable and well-spoken man, Direk Darryl is not the person you expect him to be. Online, he has a reputation for being “irreverent,” a word Darryl himself uses to describe his work on VinCentiments. But in real life, he appears personable and friendly—even as he talks about his most controversial works.

Maybe that has to do with his background. The son of two teachers, Darryl graduated from Centro Escolar University with a degree in Mass Communication and later took Public Administration at Nanyang Technological University in Singapore.

Before VinCentiments, Darryl wrote one-act plays and had mentors like Ricky Lee and Direk Richard Somes, whose works he admired and adapted into stage plays for SaWakas. It was Richard and Ricky who encouraged the young writer from Zambales to try his hand at making films. There was only one issue: “Wala po kaming pera.”

The result was Squatterina (2016), a 7-minute short about a boy from the slums who has “pang-mayaman” dreams of becoming a ballerina. The short film, Darryl’s first, was then entered into the newly-established North Luzon Film Festival under the National Commission for Culture and the Arts. And then, as Darryl says it, “the rest is history.”

Encouraged by the recognition, Darryl decided to pursue directing and make short films based on scripts he originally wrote for the stage. These next projects went on to make waves in international and local festivals. There’s Bago Ako Lumipad, about a young boy’s aspirations; Oyayi, a horror short film; Ellipsis, a short film with only eleven words; and After the Beep, about seven siblings grappling with loss.

Given these award-winning works, it can be hard to believe that he’s the same person behind the Facebook page now known for viral videos like Jowable; Balikan; Mga Bagay Na Hindi Na Dapat Pag-Usapan; and the hugely popular rant series KPL. A hit among netizens who love comedy and hugot, the films’ topics range from sex to infidelity and other issues in between. In the case of KPL, nudity and profanity are involved (and even expected).

Originally, the page VinCentiments was a repository for play excerpts as Darryl pitched his works to schools around the country. They named the page after Vincent Asis, who takes the shots and edits the films.

Says Darryl: “Nagkaroon lang po kami ng ganyan because I’m was selling my play all over the country, and schools here in the Philippines, if you’re going to stage the play sa kanila, gusto nila makakita ng part of the play.”

Though the page already existed in early 2017, it would become viral until August 2018, when Darryl snapped out of an “artistic drought” caused by his break-up with his partner of 7 years.

The first video to steal the scene was Bes, a lesbian love story between two best friends, which earned half a million views in one week. After that came Ang Mga Bagay Na Hindi Na Dapat Pag Usapan, a 5-minute short about infidelity which earned racked 700,000 views, also in one week.

But it was the third video, Jowable, that would launch VinCentiments into popularity and create the “irreverent” reputation that the page still carries up to now. Uploaded in June 2018, Jowable starred theater actress Jobelyn Manuel as a drunk woman addressing God in an unconventional, casual way. The film resonated with singles and bothered the religious, to the point that the Catholic Bishops’ Conference of the Philippines specifically wrote a letter to the admins of the page.

VinCentiments would only get more popular from that point. More films followed, earning an average of one million views each. But the most-viewed short would be KPL—a one-angle, four-minute film that currently sits at a whopping 15 million views. Short for Kung Puwede Lang, the video is a raw, unembellished rant from the perspective of a high school student.

KPL would go on to spawn three sequels: Resbak Kakak, from the perspective of a frustrated teacher; Bossaboss, rants from an overworked employee; and Hagguard, which lays out students’ gripes with strict security guards. Videos from the series average 10 million views each and rapidly spread on Facebook each time they premiere.

Given the level of success that the page is currently enjoying, one has to wonder: does Darryl ever regret not naming the page after himself?

“I thank God that I didn’t name the page na Darryl,” the director says with a laugh. “I don’t want to be tagged as Darryl posting irreverent videos because I’m also capable of making inspirational videos,” he explains, referring to his first directorial works.

Whatever the page’s name is, Darryl can proudly say that he’s happy and content with what he’s currently doing.

“Now, I’m getting the hang of the attention that is being given to me. At first I didn’t foresee myself na maging ganito, pero I’m enjoying as of the moment. 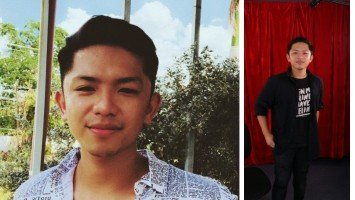