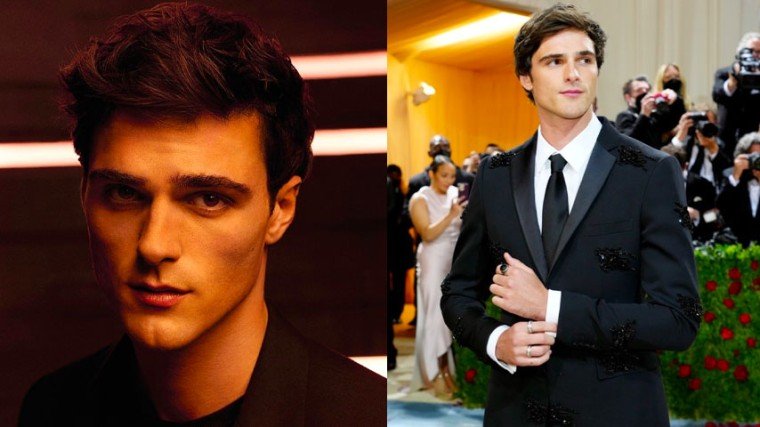 After his career struggles in Hollywood, Jacob Elordi now admits that he’s consistently struggling with the concept of being famous. “I got really lucky, which is just an LA story, you now? It felt like, all of a sudden, I was a poster. Like I was a billboard, it felt like I was for sale. Then my brain went through the fucking wringer. Like, I wasn’t sure if I was genuine. It really skews your view. It creates a very paranoid way of living.”

Euphoria breakout star Jacob Elordi opened up about his career struggles, which includes crashing on a friend's couch, sleeping in his car and almost emptying his bank account.

The 25-year-old Australian actor, who played the mentally broken and physically abusive Nate Jacobs on HBO's Euphoria, told GQ that he wasn't booking any jobs when he moved to Los Angeles in 2017.

Back in Australia, he just finished filming his first big project, The Kissing Booth (now being streamed on Netflix) before seeking his luck in L.A.

"I wasn't booking any jobs. I was crashing on a friend's couch in the San Fernando Valley for a couple of weeks. I would often also sleep in my 2004 Mitsubishi on Mulholland Drive," he recalls.

It was his audition for Euphoria that saved him from making other plans, like going back to Australia.

"I think I had — I don't know, $400 or $800 left in my bank account — and Euphoria was my last audition before I went home for a little while to make some money and recuperate.

"When I booked the role of Nate Jacobs in Euphoria, I came to shoot the pilot and I was relying on my car. My car was like a hoarder's, stacked with boxes and coat hangers and things," he laughs.

During filming for the pilot, a producer began to notice that Jacob spent a lot of time in his trailer as well as the car parked next to it, which was full of the actor’s possessions.

When the producer of Eurphoria realized that Jacob has no place to go home to after their shoot for the day, he got him a room at the Standard, a boutique hotel in West Hollywood.

And while having a roof over his head helped Jacob in practical terms, the actor admitted that he consistently struggled with the concept of being famous.

“I got really lucky, which is just an LA story, you know? It felt like, all of a sudden, I was a poster. Like I was a billboard, it felt like I was for sale. Then my brain went through the fucking wringer. Like, I wasn’t sure if I was genuine. It really skews your view. It creates a very paranoid way of living," Jacob said.

He later admitted that his biggest fear is losing his own sense of identity to other people’s perceptions of him.

“I don’t want to lose the entirety of who I was when I was little. And when I grew up, to whatever this — I won’t say beast, because it’s not at all negative — to whatever this public version of myself is now. I still want to be in touch with my younger self, which is everything that I am.”

Jacob also opened up about his childhood bullies. At the age of 12, he was cast as Oberon, King of the Faeries, in a production of William Shakespeare's A Midsummer Night's Dream. At the time, young Elordi took pride in embodying the gender-bending character.

"I never was worried that my peers would think that I was less than a man. And also, there's the classic thing of I was doing plays with girl schools. I'm spending my weekends with the most beautiful women from the school next-door, reading the most romantic words ever written.

"I enjoyed playing the actor. I stepped away from beer culture and from sport culture, and I was like, well, if you think this is gay, I'm going to be who I am when I was your friend, which is this hetero guy, but I'm going to play the arts.

Jacob used to date actress Joey King when they filmed The Kissing Booth. They broke up in 2019. He is officially dating Olivia Jade Giannulli, the daughter of Full House actress Lori Loughlin and fashion designer Mossimo Giannulli.

Jacob will soon be seen in the film, Deep Water with Ben Affleck.

Ellen DeGeneres was saddened by the death of former girlfriend, Anne Heche; sends love her family

John Travolta, heartbroken over the demise of his favorite leading lady, Olivia Newton-John

Ashton Kutcher, lucky to still be alive after battling a crippling autoimmune disease