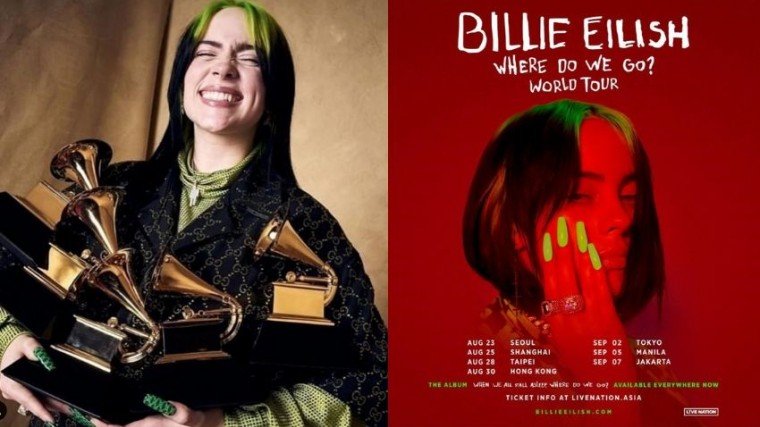 Si Eilish ang youngest solo performer to ever win Album of the Year for When We All Fall Asleep Where Do We Go? Naagaw na niya ang record na ito mula kay Taylor Swift who won the same award at the age of 20 for her album Fearless in 2009.

Shocked si Eilish nang tanggapin niya ang Album of the Year award at nasabi pa niya: "Can I just say that I think Ariana deserves this?"

Eilish also became the first woman and second person ever to win record of the year, album of the year, song of the year and best new artist in the same year.

Born Billie Eilish Pirate Baird O'Connell on December 18, 2001 in Highland Park, Los Angeles, Eilish gained media attention in 2016 when she uploaded the song "Ocean Eyes" on SoundCloud. Eilish's debut EP, Don't Smile at Me (2017), reached the top 15 in the US, UK, Canada, and Australia.

Ang debut studio album niya na When We All Fall Asleep, Where Do We Go? (2019), debuted the Billboard 200 and became the best-performing album of 2019 in the U.S, pati na rin sa United Kingdom. The album contains six Billboard Hot 100 top 40 singles: "When the Party's Over," "Bury a Friend," "Wish You Were Gay," "Xanny," "Everything I Wanted," and "Bad Guy”.

According to the National Institute of Neurological Disorder and Stroke: "Tourette syndrome (TS) is a neurological disorder characterized by repetitive, stereotyped, involuntary movements and vocalizations called tics. TS occurs in people from all ethnic groups; males are affected about three to four times more often than females. It is estimated that 200,000 Americans have the most severe form of TS, and as many as one in 100 exhibit milder and less complex symptoms such as chronic motor or vocal tics."

Eilish was raised vegetarian and regularly advocates for veganism on social media. In an interview with The Guardian in March 2019, Eilish stated she has never used drugs or smoked.

Album of the year: When We All Fall Asleep Where Do We Go? (Billie Eilish)

Best Pop Vocal Album: When We All Fall Asleep, Where Do We Go? (Billie Eilish) 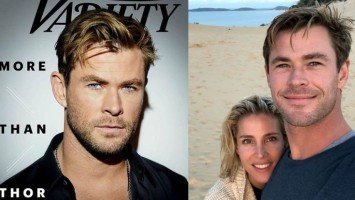 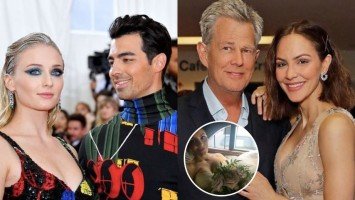