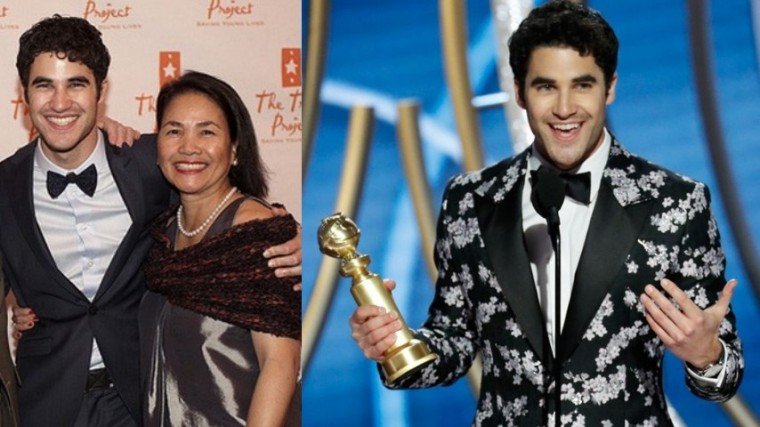 It was Darren’s first Golden Globes nomination and win. He was acknowledged by his amazing performance for his role as Andrew Cunanan the serial killer in “The Assassination of Gianni Versace: American Crime Story” in Ryan Murphy’s direction.

During his speech, he was humbled by the honor and gave credit to all the marvelous people behind his success and one of them is his Filipino mom Cerina Criss who grew up in Cebu, Philippines.

“This has been a marvelous year for representation in Hollywood, and I am so enormously proud to be a teeny tiny part of that as the son of a firecracker Filipino woman from Cebu that dreamed of coming into this country and getting to be invited to cool parties like this.”

“Mom, I know you're watching this. You are hugely responsible for most of the good things in my life. I love you dearly. I dedicate this to you.”

He also takes pride in having a Filipino gene as he shared in his backstage interview uploaded by the Hollywood Reporter.

"I always tell people being half Filipino is one of my favorite things about myself and I had no control over it," he said. "I feel like I have been given a superhero cape that I have to step up to the plate for. If anyone from the Filipino community looks to my work for inspiration then sign me up."

This is not the only time he received an award portraying the same role. He also won an Emmy Award for an Outstanding Leading Actor in a Limited Series or Movie last year, September 2018. 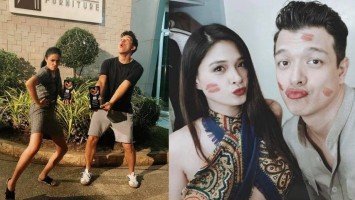 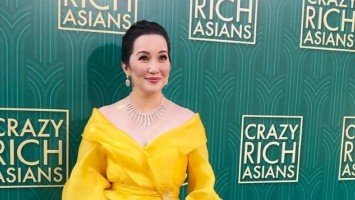