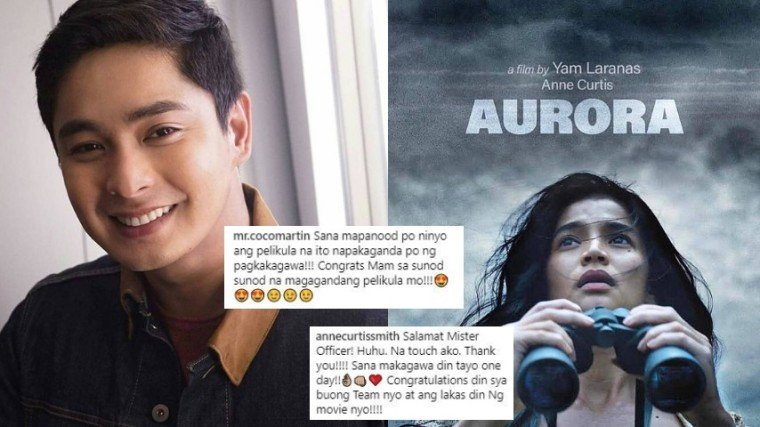 The Metro Manila Film Festival (MMFF) may be a numbers game, but it’s also a friendly competition—at least to its biggest stars.

The actor congratulated Anne on the success of Aurora—her third film this year following Sid & Aya: Not A Love Story and Buy Bust.

The MMFF opened on December 25 and will run until January. Aside from the mentioned entries, the remaining films in this year’s lineup are The Girl in the Orange Dress; Rainbow’s Sunset; Otlum; One Great Love; and Mary, Marry Me.