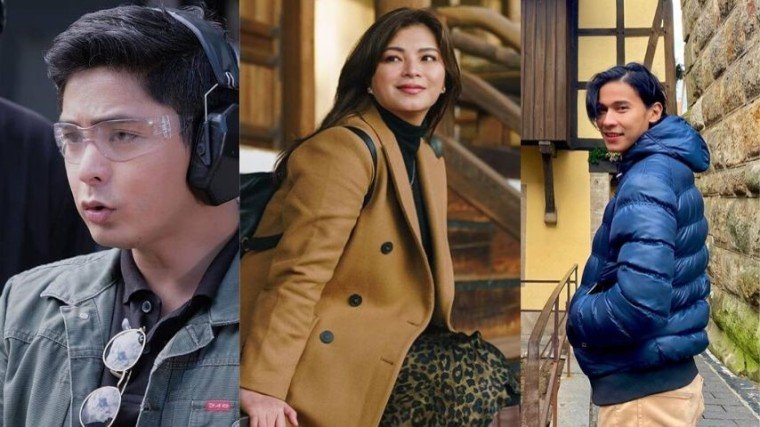 Kapamilya Stars like Coco Martin, Angel Locsin, Piolo Pascual, and Enchong Dee voiced their opinions on ABS-CBN's issue on their franchise renewal. Scroll down below for more!

ABS-CBN stars continue to voice out their support for their home network, its future being uncertain because of the quo warranto petition filed by the Office of the Solicitor General (OSG) to the Supreme Court (SC).

The petition, filed by Solicitor General Jose Calida, contains the alleged violation of ABS-CBN in the provision of their franchise, which is the reason why it should be revoked by the SC.

However, the Kapamilya network has denied said claims.

In addition, Congress has yet to hear any bills that would extend the media giant’s franchise over the next 25 years. The franchise of ABS-CBN is set to expire on March 30, 2020.

In the midst of all these, celebrities have voiced out their opinion in the said issue. The likes of Piolo Pascual, Coco Martin, Angel Locsin, Enchong Dee, and Robin Padilla have laid out their sentiments on their social media accounts.

In his statement, actor Piolo Pascual thought of the people working behind the scenes whom he has already treated like family. The 43-year-old is also hoping that everything would be okay in the end.

“Family has always been my anchor, mula nung nagsisimula ako as an on-cam talent until now when I also produce content off-cam,” he wrote on his Instagram post last Tuesday, February 11.“Fortunately, I found another family in ABS-CBN - fellow artists who are now my friends, my mentors, and the many people behind the scene. Kung wala sila, wala din kami. That’s why I’m praying everything turns out well and ok.”

“At para sa mga tao who give their best every day to inform, to entertain, and to give us hope. Stay strong, mga Kapamilya.” he added.

ANGEL IS FOR THE KAPAMILYA

On the other hand, Angel Locsin is praying that the laws of the land will be used for the right reasons and for the Filipinos.

“Praying that the law shall be used to protect jobs, press freedom, justice and betterment of the Filipino people.” the actress wrote last February 11.

In another Instagram post uploaded last Wednesday, February 12, Angel appealed to netizens to “think before you click” and to think about the people that will be affected with the non-renewal.

"I have listened and known their stories — kung anong mga pinag-iipunan nila, magkano pa ang utang, sino ang nagkasakit... lahat pinagpapaguran para po sa pamilya nila,” she added. “I may have not renewed my contract with ABS since I’m preparing for my wedding, but these men will always be my family and I will stand by them.

She reiterated that before anyone should speak about the issue, netizens should think if this is going to affect the lives of many people.

Apart from backing his home network from the issue on franchise renewal, Enchong Dee also called to his fellow artists to speak up and be alert, not only because their job is on the line but because it is their responsibility as Filipinos to fight for democracy.

In an Instagram post last Wednesday, February 12, Enchong reflected on how only a few celebrities speak up of their stance on the aforementioned issue out of worry that they may be rebuked for being “political” or to “protect their reputation.”

“I always tell people that ‘Artists should be the first line of defense of our democracy’, people tend to agree, but most do nothing about it or get reprimanded for saying something political,” Enchong wrote. “Very few listen and even fewer are brave enough to stand their ground because of their ‘reputation’. Now that ABS-CBN (my home for almost 15 years) is being wrongly accused of so many things… I am angry. I am sad. I am bothered.”

The actor-entrepreneur pressed that there is a need for vigilance as a Filipino who is voicing out for democracy, not just as someone who’s job is at risk.

“I am a Filipino first and my job comes second. Let’s be vigilant not only because our jobs are in peril but mainly because we are Filipinos fighting for the democracy and Constitution of our country,” he went on.

“I know after this post, paid trolls would attack me but I stand firm with my beliefs and I am not afraid to lose my little popularity,” he ended.

COCO FEARS FOR ALL EMPLOYEES

FPJ’s Ang Probinsyano lead and creative director Coco Martin is saddened by the quo warranto petition by the OSG.

On his post uploaded last Tuesday, February 11, ABS-CBN’s Primetime King voiced out that a lot of people will be affected once ABS-CBN will be closed down.

The actor also added that his show, Ang Probinsyano, gives opportunities to celebrities who are looking for jobs.

He also feared that even he might lose his job if the SC approves of the OSG’s petition.

Coco even cited the charity events ABS-CBN does that is of great help to the public.

In the end, he asked for prayers from the public, that ABS-CBN will have a better future.

FOR ROBIN, NO ONE IS ABOVE THE LAW

Mixed reactions welcomed Robin Padilla when he voiced his opinion for the quo warranto petition against ABS-CBN.

Robin answered the blog article on his Facebook, saying the following:

"no one is above the law and under it kaya kung wala silang kasalanan it will be their glory and pride so let them fight it in our courts Let the truth prevail,” he went on. "wag tayong maging spoiler parang teleserye lang yan na pinanonood niyo abangan niyo ang mga revelation ayaw niyo ba malaman ang katotohanan?"

Robin added that he deleted his post on Facebook and Instagram about the franchise issue as respect to his wife, Mariel Rodriguez-Padilla, who currently hosts the noontime show It’s Showtime, who told him that he is a “kapamilya forever.”

"she said to me im a kapamilya forever at sinabihan din ako ni kuya ipe salvador na magrelax at tumahimik dahil walang alam si mayor PRRD sa hakbang ng solgen kaya balik na lang ako sa aking journey towards spirituality. Peace be with you all may the wisdom and blessings of our only God be with those who are neglected weak and poor in shaa Allah" he concluded. 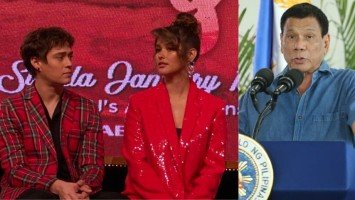 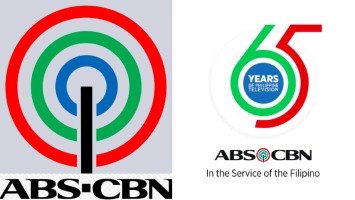 The Butcher | Franchise or no franchise, ABS-CBN will survive