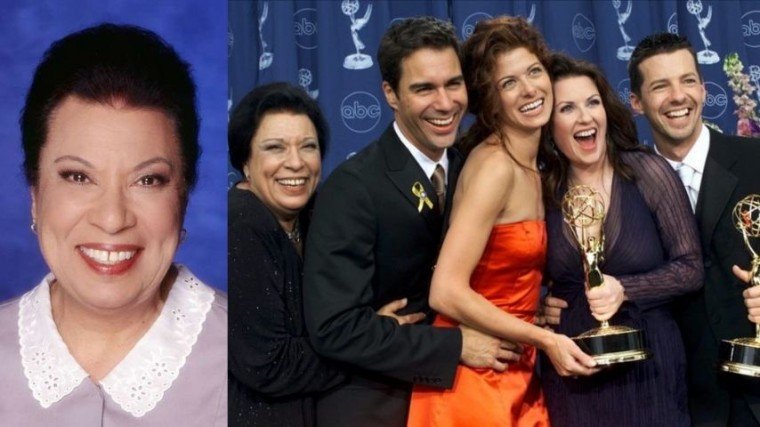 Tweet ni Eric McCormack, who plays Will on the show: “Shelley was a beautiful soul & a wonderful actor. Her work as Rosario, season after season, was as nuanced and real as it was hysterical. She will be missed by everyone at #WillandGrace, she’s a huge part of it. Sending so much love to Walter and Shelley’s whole family. #Rosario”

Post ni Debra Messing, who plays Grace Adler, on Instagram: "Oh, Shelley... what a loss. Our dear Rosario has passed on. Shelley had a career that spanned decades, but she will always be our dear Rosie. She was a kind soul with a huge heart and always had a smile on her face. All my love to Walter and the entire family."

Post naman ni Sean Hayes, who plays Jack McFarlang on the show: "Our beloved Shelley Morrison passed away today. She was absolutely hilarious and had the biggest heart. She was a part of our Will and Grace family and will be greatly missed. My heart goes out to her entire family. ❤"

"Just got a bulletin on my phone that shelley morrison has passed. my heart is heavy. putting shelley, her beloved husband walter & their children in the light. thank you for your friendship & partnership, shell. you accomplished wonderful things in this world. you will be missed," post ni Megan on social media.

Born in the South Bronx, New York on October 26, 1936, Shelley Morrison was born with the name Rachel Mitrani. She was the only daughter of Sephardic Jewish parents. She was initially raised in the Bronx, New York, and her first language was Spanish. Morrison moved to California with her parents in 1946.

Her other film and TV credit includes Divorce American Style, How Save A Marriage and Ruin Your Life, My Favorite Martian, The Fugitive, The Interns, The Patridge Family, Marcus Welby M.D., Soap, Troop Beverly Hills, Murder She Wrote, Colombo, L.A. Law, Fools Rush In, My Name Is Earl, and Home Improvement.