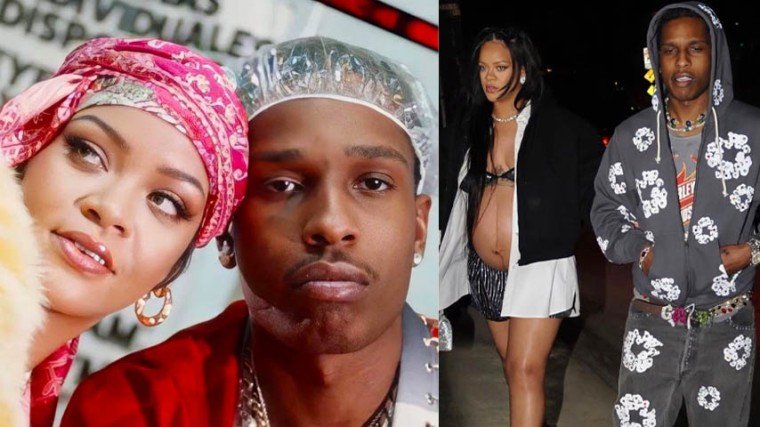 Last January, Rihanna revealed that she is expecting her first child with Rocky. After she was photographed debuting her baby bump in New York City, a source told PEOPLE that Rihanna is "excited to be a mom" and "couldn't be happier."

The 34-year-old Barbadian singer welcomed a baby boy last May 13.

PEOPLE reported that the couple are already in their home in Los Angeles with their baby.

“Rihanna is doing well. They are very excited to be parents. Rihanna is already a wonderful mom," says a source from PEOPLE.

Last January, Rihanna revealed that she is expecting her first child with Rocky. After she was photographed debuting her baby bump in New York City, a source told PEOPLE that Rihanna is "excited to be a mom" and "couldn't be happier."

According to PEOPLE: “Everything Rihanna does, she does it her own way on her own time table, and having a baby is no different. They're just like any other pair of parents-to-be. Yes, they happen to be famous but they're just the cutest, giddiest young couple that's expecting kids.”

In a March interview with Elle, the Fenty Beauty founder opened up about her future life as a protective mom.

Being a fan of the reality show, The Real Housewives, she thinks her parenting style will be similar to that of Real Housewives of New Jersey's Teresa Giudice.

Rihanna said: “Teresa from Jersey does not play about her kids. She will flatten you about those kids. And that resonates with me a lot because I feel like that's the type of mom I'm going to be. I might actually be worse than Teresa—you talk about my kids, it's over."

Rihanna also opened up to Vogue about her excitement, and musings, around motherhood.

“They’re going to teach me more than I could ever teach them. And I want them to go for it. I want to see who they are in the world, who they become. Because I’m just here to keep them on the rails—a passenger as much as the driver.”

Throughout her pregnancy, the nine-time Grammy winner showcased iconic maternity styles that often put her bare baby on display.

During a Los Angeles Fenty Beauty event in February, the singer told PEOPLE that it's been it’s a challenge to play with fashion while she's pregnant.

Fashion and beauty helped the “Umbrella” singer to feel confident while pregnant.

"Some days you just feel like, 'Ugh, I just want to lay here on this couch all day,' but when you put on a little face and a little lipstick, you transform."

TMZ reported last month that A$AP Rocky was arrested in a surprise bust as the couple's private plane touched down at LAX.

Law enforcement sources told TMZ the bust was in connection to an incident where the 33-year-old rapper is accused of firing shots at an acquaintance, grazing his hand.

Rihanna and Rocky have been friends for years and went public with their romantic relationship in May 2021.

He called her "the love of my life" during an interview with GQ, adding that fatherhood was in his destiny.

"I think I'd be an incredible, remarkably overall amazing dad. I would have a very fly child. Very."

With the combined fortune of Rihanna and Rocky, their unnamed baby boy reportedly already has a jaw-dropping net worth of $1.5 billion!

Rihanna just made it to this year’s Forbes' Annual Billionaires List with $1.7 billion worth of assets

Billionaire singer Rihanna is now a national hero in Barbados

Shakira is back via the TV dance competition, Dance With Myself