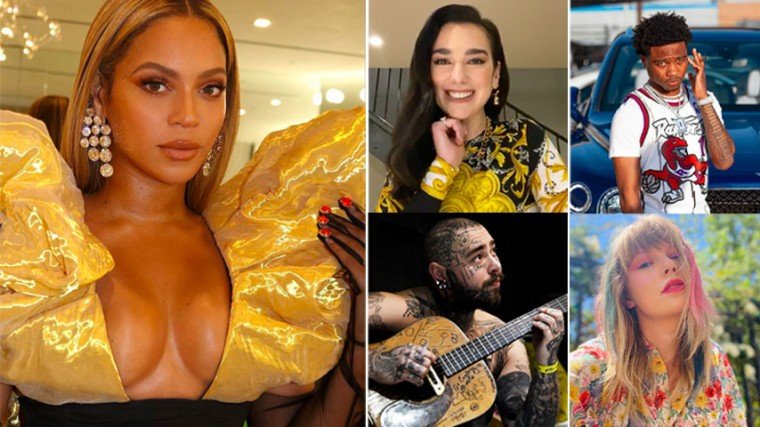 The 63rd Annual Grammy Awards ceremony will be held on January 31, 2021 at the Staples Center in Los Angeles.

The Grammy recognizes the best recordings, compositions, and artists of the eligibility year, running from September 1, 2019, to August 31, 2020.

Garnering the most nominations with nine is Beyonce. Grabbing six nominations each are Dua Lipa, Roddy Ricch, and Taylor Swift.

For the 2021 ceremony, the academy announced several changes for different categories and rules:

The maximum number of releases has been removed from the category Best New Artist.

The category Best Musical Theater Album can now only award up to four principal vocalists (previously unlimited) in addition to the album producer and the lyricists/composers (if the album contains at least 51% new material). In the case of an ensemble driven piece, all vocalists will receive a winner's certificate.

Here is a partial list of the official nominees:

Record of the Year

"Everything I Wanted" – Billie Eilish

Album of the Year

Song of the Year

"If the World Was Ending"

"Everything I Wanted" – Billie Eilish

For the full list of nominees, go to www.grammy.com

Dolly Parton wants to reprise her 1978 Playboy magazine cover when she turns 75 in January!