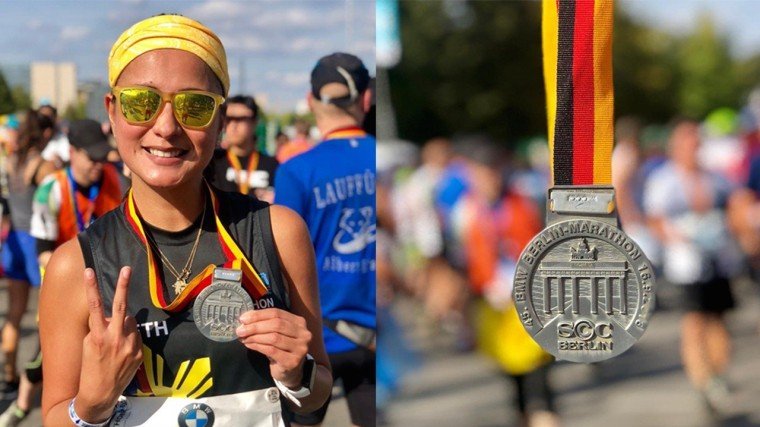 “Done with my 2nd World Marathon Major! Thank you Berlin for an awesome race! My best time so far - finished 4:36! Shout out to my running buddies @jpalison @maaliddin 😉 Met a lot of Filipino runners and the 🇵🇭 was well represented today! Mabuhay kayong lahat!”

Beth posted this video for her family and friends in the Philippines who are cheering for her halfway across the world.

In this regard, Pikapika sent Beth (who is still in Germany and plans to tour other parts of Europe) some questions, through Facebook Messenger, regarding her fascination with running.

And she graciously answered all our questions.

She says the first world marathon she participated in was the Paris International Marathon in April last year.

Beth says she started running by end of 2016, after witnessing her friends’s triumphant feelings as they crossed the finish line of the New York [City] Marathon.

“After seeing that feeling of accomplishment, I told myself ‘if they can do it, for sure I can, too,’” says Beth who was still based in New York at that time.

“After that weekend, I signed up for smaller races na to get started with running. 5K, 10k, half marathon and then I joined my friends on my first international one sa Paris.”

[A half marathon, as defined by Wikipedia,  is a road running event of 21.0975 kilometers.]

She recalls her first international event as a disaster.

“The goal for that first race was just to finish,” she admits. “I did it for fun. I didn’t really train well. My shoes was the wrong one, etc. Lahat ng di dapat ginagawa ng isang marathoner, ginawa ko. My finish time for Paris was 6:07. 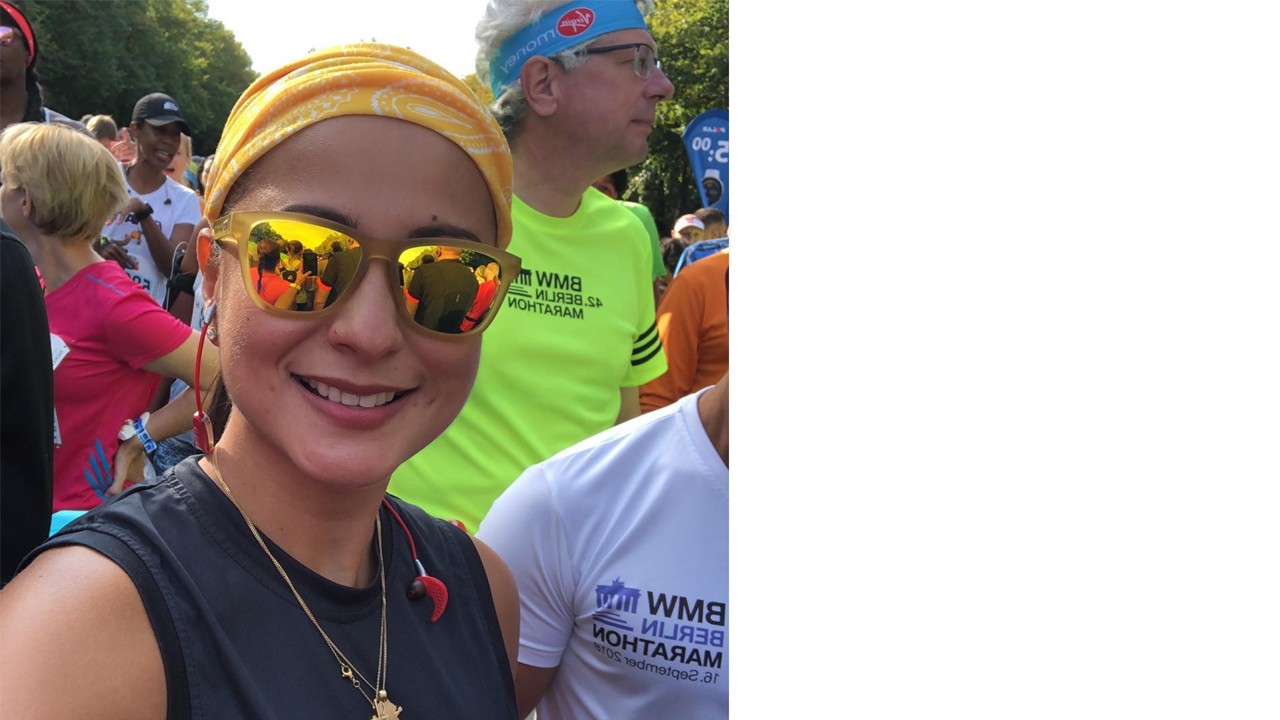 Beth says the New York Marthon is her next target.

Asked why she became hooked to running compared to other sports she’s tried before (such as volleyball and badminton), Beth says: “Running is mental talaga! It takes so much discipline to endure running for hours. Sukatan ng pasensya talaga. E, noon pa man, patience is MY virtue. Lol. So I guess that made it perfect for me.

Beth, who has been working as an executive assistant for an investment company called GIC for five years now, is set to join the  New York City Marathon this November.

The New York City Marathon, said to be the largest marathon in the world with more than 98,000 participants last year, is an annual marathon that courses through the five boroughs of New York City. 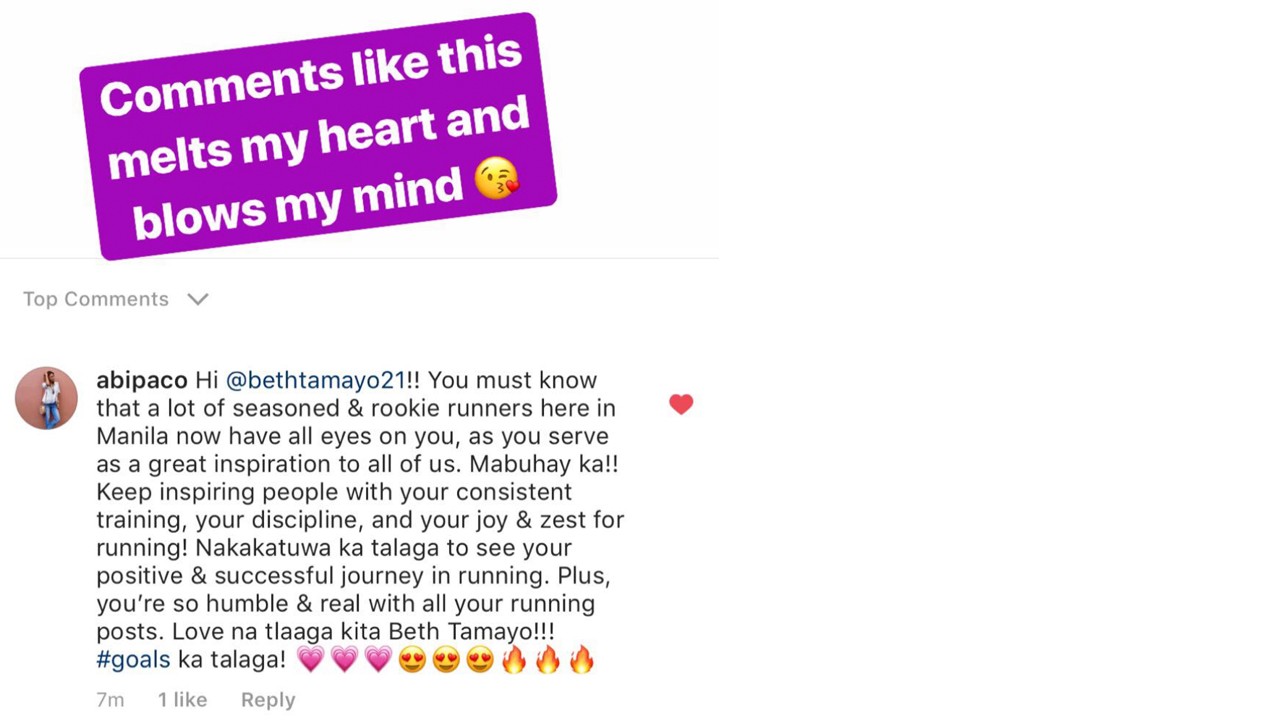