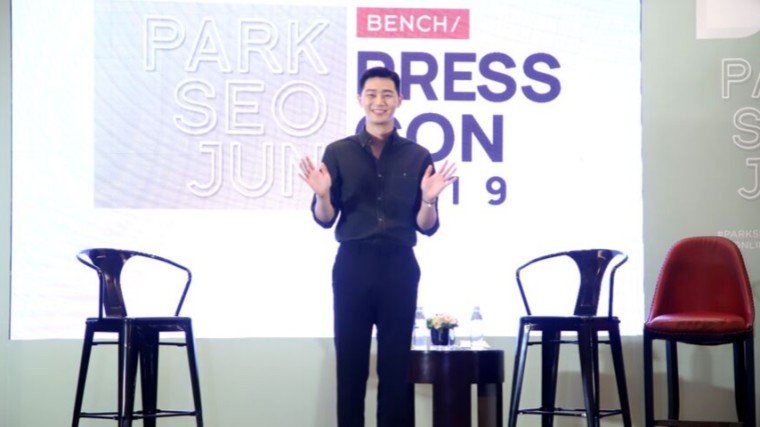 Homegrown clothing line Bench has been successfully tapping numerous international stars to become their global endorsers for the past couple of years.

And the latest face of Bench is one of South Korea’s biggest stars—Park Seo Joon.

K-drama fanatics’ favorite rom-com oppa landed in Manila on early Friday morning, September 27. And the following days were dedicated for a press conference as Bench’s newest global ambassador and a fan meeting held at Mall of Asia Arena.

The two events mentioned above which took place over the weekend were in no doubt successful. The press were pleased to get to know Seo Joon and the fans were ecstatic to meet their idol.

During his press conference, the Korean actor didn’t miss a chance to share his best fashion advice to the people present in the room with the help of Sam Oh, the event’s host and translator.

"I’m no fashion stylist but the number one and most important thing is confidence,” he stressed. “It's also really great to understand your body type, and it helps to try on as many [pieces of] clothing as possible so that in the process, you get to learn what looks good on you."

When asked to describe his personal style, he was also honest to say that Bench clothes also make up his go-to pieces since he is always on the go.

“More often than not, it would be comfortable clothing that allows a lot of movement because I do have to be on the go a lot. I know that I said Bench and maybe you thought that was a half joke but it is true that when I am endorsing something, I get more interested in the brand so it’s true that I do reach for Bench a lot as well.”

This is the first time that the Korean superstar visited the country and according to Seo Joon, he wanted to go back in order to explore more of the beautiful places in the Philippines and meet more Pinoys. 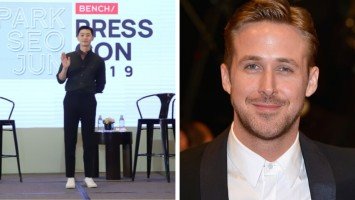