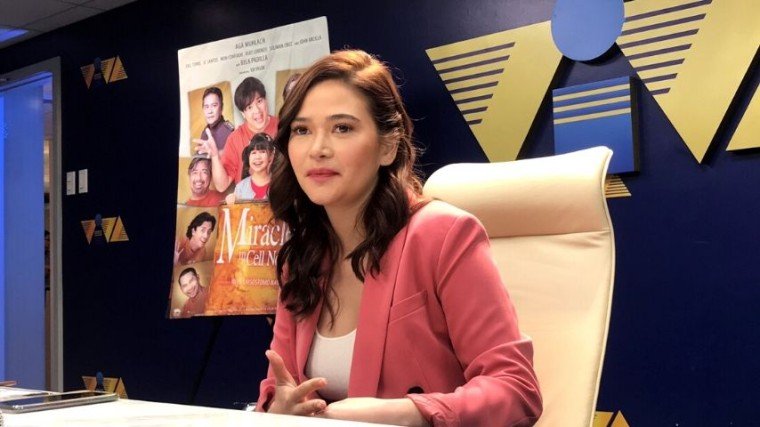 Bela Padilla describes what makes Miracle in Cell No. 7 special.

Actress-writer Bela Padilla plays as the old version of Aga Muhlach’s daughter, Yesha (with younger version played Xia Vigor) in Miracle in Cell No. 7.  As adult Yesha, she’s set on seeking justice for her mentally-challenged father who was wrongfully accused of murder.

During the her solo media conference held last week at the Viva office, Bela explained—as a viewer and not as the lead star of the movie—how the Pinoy adaptation of Miracle in Cell No.7 will surely leave a beautiful mark to its viewers.

“I can personally say that we miss movies like this.” she went on. “Kasi ang lagi natin napapanood every year kung hindi fantasy, action or horror.

“I feel like we need to do more movies like this...especially in the condition of the world,  not just in our country. Parang bihira na tayo makarinig or makanood ng stories about love and something this light.”

And despite Miracle in Cell No.7 being a heavy drama, Bela said that the film guarantees the viewers will go home with their heart hearts fulfilled and their perspectives changed for the better.

Miracle in Cell No. 7 is Viva Film’s official entry to the Metro Manila Film Festival 2019. It opens in cinemas nationwide on Christmas Day.