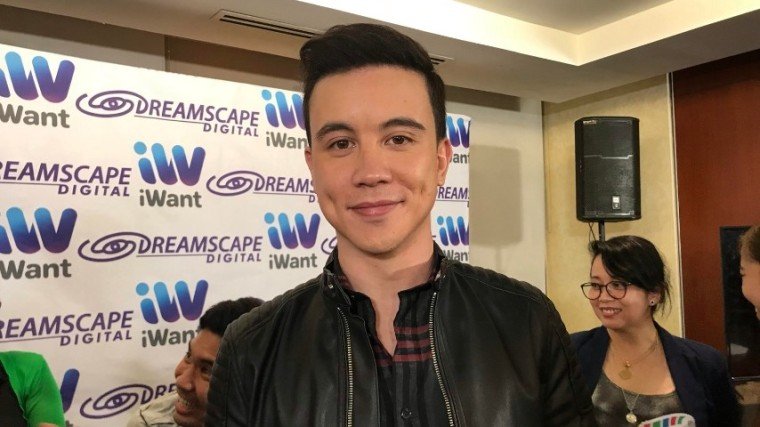 “Of course po any guy would be scared to meet the parents. Nakakatakot po kasi malamang babae po yung anak nila but I faced it. I have to and I want to.” he said.

The Kapamilya actor casually welcomes questions from the press about his relationship with Maine during the grand press conference of his upcoming new original series dubbed “BAGMAN” produced by Dreamscape Digital and Rein Entertainment for iWant.

Arjo revealed that Maine’s blog post which was uploaded the night before her birthday, March 3, about confirming the real score between them is solely her decision.

“No, that’s her decision. I didn’t tell her anything.”

He once again cleared that they are still exclusively dating and simply enjoying each other’s company despite the alarming comments they have received from growing bashers.

The two seem to veer away from all the negativity thrown at them and in Arjo’s case he said, “We’re both really happy, I don’t want to speak for her sorry but I am very happy. I think that’s what matters now.”

“The career, ABS CBN is taking care of me, my personal life is good, my family is fine they’re all doing good. I’m very happy, kontento po ako ngayon sobra.” he continued.

It was only last January when Arjo finally announced that they are exclusively dating due to persistent bashing he received after being linked to the Eat Bulaga host.

“I wouldn’t fight if a girl isn’t willing to fight for, to be honest.” he said that time.

Now, he also repeats himself about defending Maine from their bashers, “As I said last time she’s worth fighting for so dedma na lang siguro, dedma na ako. I’m happy nga eh katulad ng sinabi ko kanina, I’m just really happy and I see her happy so I think that’s what matters to me.”

For Arjo, he doesn't want to rush things for the both of them and when he was asked if they will announce once they became official he said, “Let's see, one step at a time po muna.”