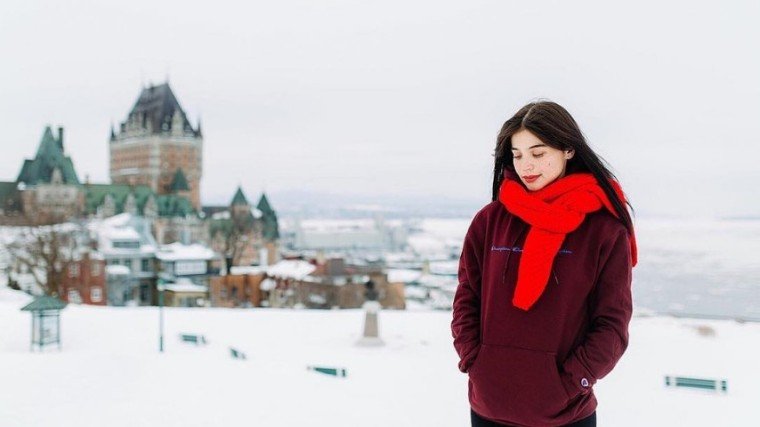 It's no secret that Anne Curtis is a K-drama addict. The actress and It's Showtime host frequently posts about her favorite dramas and occasionally asks her Twitter followers for recommendations to put on her to-watch list. One of Anne's favorite dramas would have to be Goblin (2016) the critically-acclaimed romantic fantasy starring actor Gong Yoo as the titular goblin Kim Shin and actress Kim Go-eun as the goblin's bride Ji Eun-tak.

Two years since the show's airing, it's obvious that Anne still hasn't recovered from the Goblin fever--and she is now living her K-drama fantasy through a Goblin-themed shoot in Quebec, Canada, where some of the show's scenes were filmed.

Anne visited several locations used in the show while dressed in a maroon sweater and bright red scarf, similar to Eun-tak's now-iconic outfit.

The Pinay actress also headed to the red door on Rue du Petit-Champlain, known to Goblin fans as the spot where Kim Shin and Eun-tak would appear whenever they visited Canada.

Anne is currently in Canada for her four-leg "AnneKulit" concert tour. She will perform in Toronto and Winnipeg on March 16 and 17.