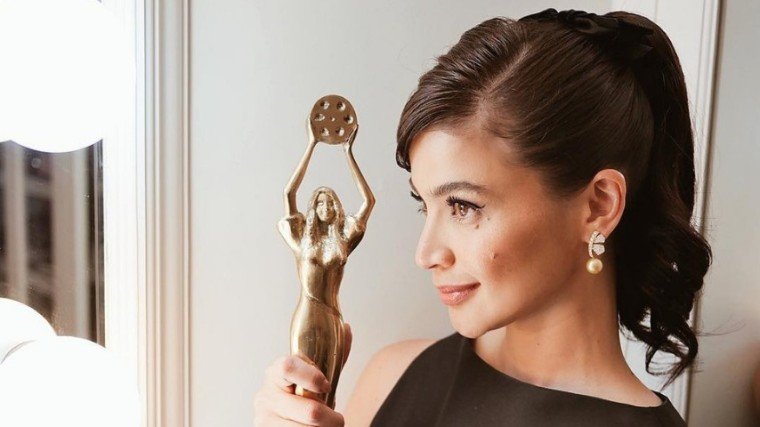 Anne Curtis is the first-ever female actress to receive the Fernando Poe Jr. Memorial Award during the 67th edition of the Filipino Academy of Movie Arts and Sciences (FAMAS) Awards which was held at the Meralco Theater last Sunday, April 28.

The It’s Showtime host took to Instagram her grateful remark as she wasn’t able to fully express her words upon receiving the award.

She wrote, “Last night I was given an honour so overwhelming that I fumbled for my words the moment I got on stage.”

“So please allow me to put down in words what I really wanted to say. It was a very special night and I would like to thank the Filipino Academy of Movie Arts and Science for giving me the recognition and as the FIRST FEMALE recipient of the FPJ Memorial Award.”

“This goes to show it is an amazing and exciting time in the industry where females can take on the part as strong females leads of any film, of any genre.”

The 34-year-old Kapamilya artist extends her thanks to those people who supported her all the way in her journey in the show business.

“Thank you to all the directors and film companies that continue to have faith in us, filipina actresses.”

“Thank to my Viva Family, Boss Vic, Ate Vr and Boss Vincent for allowing me to continue to grow as an actress and giving me films that continue to challenge me in my craft.”

She also revealed that her mom once dreamt of being an actress and now she’s living out that dream, hence, Anne dedicates the award to her supportive mother.

“As I’m pushing forward to my 22nd year in the industry, I dedicate this to my mum, whose always been supportive and the wind beneath my wings, I am in fact living out her dream to be an actress. My parents and family who continue to support me.”

“My husband who understands my crazy schedule and sometimes not seeing me for a month. I love you all very much.”

“I also dedicate this to the filipino youth who continue to have high hopes and work hard to pursue their dreams.”

“Mabuhay ang Pelikulang Pilipino. I pray that there will be many more films with kick-ass strong female leads.”

“Thank you again FAMAS! And thank you to the Poe Family for allowing a female to receive this award this year. I truly appreciate it and I am very, very grateful! To God Be ALL the Glory.”

For Anne, the awards night was even more special because she wore the film and fashion icon Audrey Hepburn’s Velvet bow.

“P.S - I still can’t believe I’m wearing THE Audrey Hepburn’s Velvet bow. Wearing it last night has just made it even more special to me.” 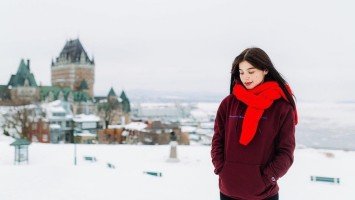 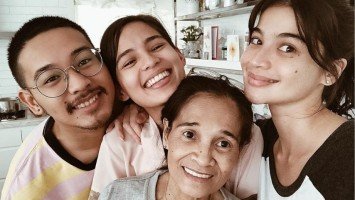