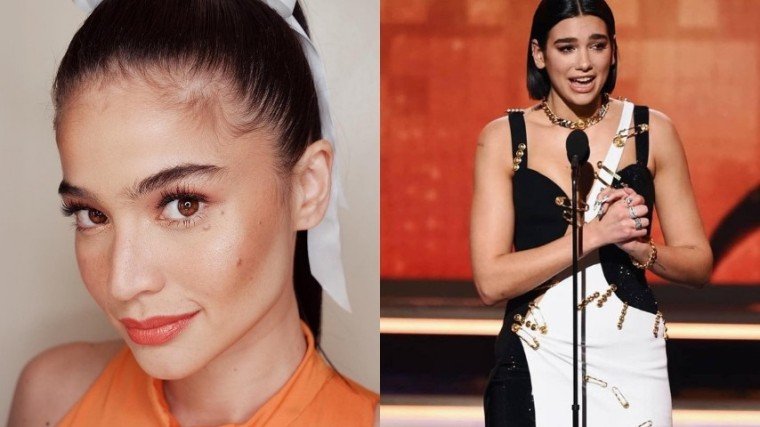 She's yet to turn 34, but Anne Curtis is already having a happy birthday.

Not only did actress-host get to meet the K-pop girl group Blackpink at their concert, she also got a special greeting from another of her female idols: English singer Dua Lipa.

Dua shot to fame following the release of her 2017 hit single "New Rules."

During Anne's pre-birthday celebration on It's Showtime, she was surprised with a video of Dua saying that she was "looking forward to seeing" Anne soon.

Anne, who posted a clip of the episode on Instagram, was visibly surprised as she watched Dua's personal greeting.

The actress later quoting the singer's new single "Swan Song" as she shared her excitement over the greeting, saying that her "fan girl heart is sooooooooo happy" and that "never in [her] wildest dreams" did she imagine this would happen.