Aljur Abrenica grateful to his in-laws Robin and Liezl 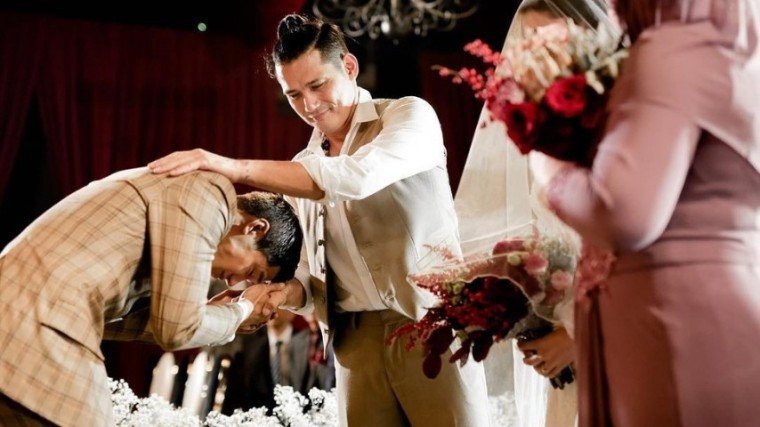 Nearly two weeks after his wedding to Kylie Padilla, Aljur Abrenica has posted a message of gratitude for his in-laws Robin Padilla and Liezl Sicangco on his Instagram account, @ajabrenica.

The actor wrote: “Thank you Papa @robinhoodpadilla and Mama @le1z_zel for welcoming me to your family. For always fighting whats best for us. That pushed me to be a better man for your own daughter.

“I feel blessed and grateful to have you as my in laws. For i’am always in favor of your wisdom, kindness and understanding.

Aljur concluded: “Iam eager to get to know you more, serve you more and learn from you.”

It can be recalled that Aljur, 28, and his now father-in-law Robin were previously not on good terms. At that time, Robin said that all he wanted was for Aljur to marry Kylie after she had given birth to their son, Alas.

Robin and Aljur eventually patched things up last February, and the two actors now seem to be getting along well.

All the dreamy details at Kylie Padilla & Aljur Abrenica’s wedding