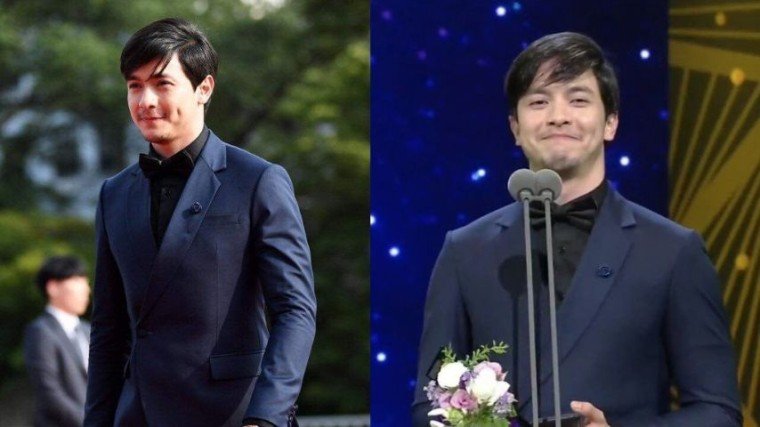 PROUD OF THIS BOY! Alden Richards is in attendance for the 14th Seoul International Drama Awards in South Korea! He recently walked the red carpet looking dapper, as usual.

Alden Richards is living life to the fullest! Fresh from the success of his romance-drama film Hello, Love, Goodbye and the launching of his first fashion line in collaboration with Avel Bacudio, the Kapuso hunk is now in attendance for the 14th Seoul International Drama Awards in South Korea to receive recognition, after being invited by the award-giving body’s committee.

Alden arrived in the award ceremony looking dapper, as usual. He walked the red carpet while waving to the crowd, posing handsomely to the cameras.

Fans of the Pambansang Bae went gaga over his presence in the international awards ceremony, expressing how proud of are of the actor’s achievement.

You’re meant for this, Alden. Soon enough, you’ll be gracing international red carpets for international projects. 🙏🏻 For someone as passionate and dedicated as you are to the craft, I don’t see how it couldn’t happen. @aldenrichards02 • #AldenRichards #ALDENxSeoulDramaAwards pic.twitter.com/BgRxKCY4XM

Alden Richards attended Seoul Drama Awards today. Congratulations Alden! I feel so proud that a kababayan is on the same stage as our Oppas! #ALDENxSeoulDramaAwards pic.twitter.com/fpKZGIPevs

.@aldenrichards02 at the Red Carpet of Seoul International Drama Awards 2019.

The suit is hitting all the right notes. I love it! And that bowtie! 😍#ALDENxSeoulDramaAwards #ALDENRichards pic.twitter.com/4MmG7Eiu5E

The actor has been the traveling man, as of late. He was recently in Davao, participating in the city’s annual Kadayawan Festival with fellow The Gift stars Martin del Rosario, Thia Thomalia, Ysabel Ortega, and Mikee Quintos.

After that, he flew straight to New York City, a long-time dream of his, to shoot for advertisements of his upcoming fashion line with Avel Bacudio. It could be recalled that it was a week ago when Alden and some models took to the runway to show his athleisure wear at the Xylo club in Bonifacio Global City, Taguig.

Alden is now in South Korea to be recognized at the Seoul International Drama Awards. He recently bagged the Asian Star Prize award during the ceremony. What a proud moment for the Kapuso star!

Apart from these amazing accolades, the actor is also busy taping for his newest teleserye The Gift alongside Jo Berry, Jean Garcia, and Elizabeth Oropesa. 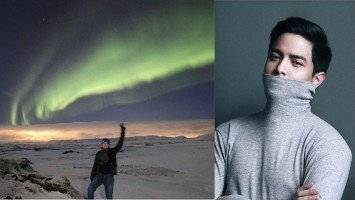 Alden Richards ticks off one more item on his bucket list 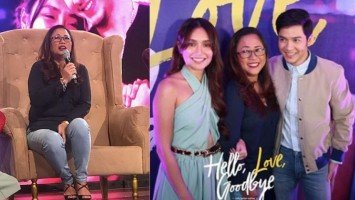