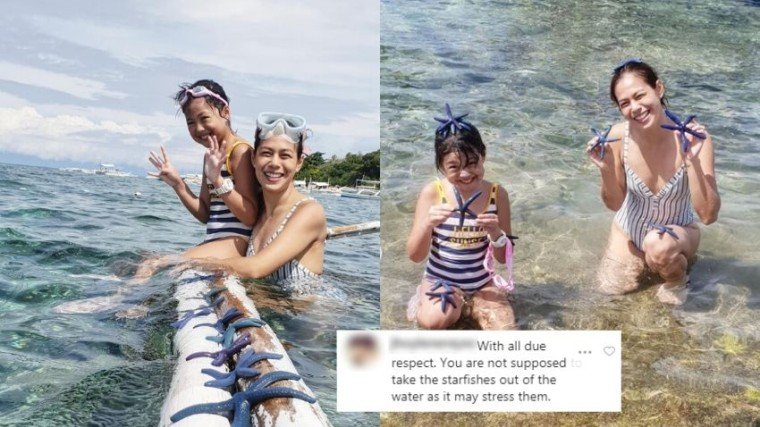 TV actress and host Bettinna Carlos and her cute daughter Gummy enjoyed an early summer tryst at the beach. Yet they were caught red-handed for violating simple rule regarding the handling of fragile marine creatures such as starfish.

On her Instagram last March 8, Bettinna shared beach photos with her daughter Gummy, who just turned nine the day before.

In the said post, Bettinna thanked the Creator for the gift of nature and for some "answered prayers."

"Lord, You placed the stars in the sky (and sea) and You know them by name... You are amazing God!

"You created the highest mountains, the widest and deepest oceans, the stars and everything above there. The smallest of creqture swimming and crawling.

"And You made MAN. And named us. And You know us by our name and You are mindful of us.

"Thank you for all the answered prayers today! You truly are the Creator and Controller of all creation! You command them! And you hear our prayer. And You answer them if it will bring glory to Your Name. Thank you God.”

However, one notable thing in the series of photos she posted was the presence of a number of starfish which they seemingly used as props.

Thus, while some of her Instagram followers just responded to what Bettinna wrote on her post with "Amen," one Netizen gave the TV personality a piece of unsolicited advice regarding her handling of the sea creatures.

"With all due respect," the Netizen with the username @jhoylenereyes started her comment.

"You are not supposed to take the starfishes out of the water as it may stress them."

Indeed, they are marine creatures and taking them out of the water have serious consequences for such.

Moreover, they may also be hazardous for humans to touch.

Bettinna apologized immediately in her reply and said she had no idea about it by saying: "Oh I am very sorry. I did not know this."

The 32-year-old actress-host also assured the Netizen that the starfish were put back to the sea right after their photos were taken. And that she would also like to share her learnings to her daughter.

"They did not last long out of the water. Will make sure to tell Gummy."

"Thanks for letting me know," Bettinna concluded her response.

May this serve as a reminder for everyone to enjoy nature responsibly.

Angelica Panganiban issues apology over Holocaust Memorial OOTD post; promises to be “more conscious” about things she posts next time 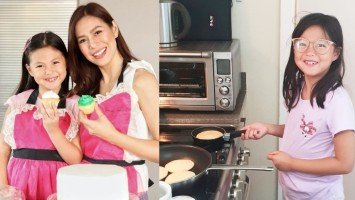 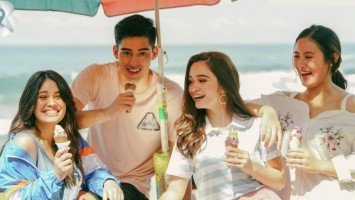