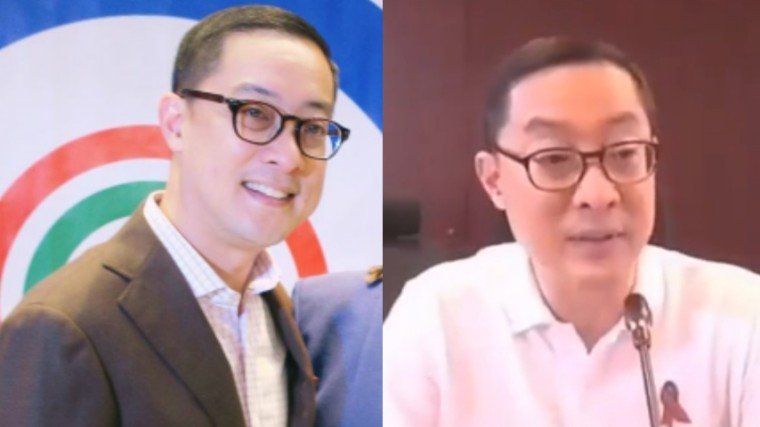 ABS-CBN President and CEO Carlo Katigbak could not help but get emotional as he addressed the Kapamilya employees in a virtual town hall meeting.

After appearing calm and respectful in tons of hearings in Congress for his network's chance at a franchise renewal, ABS-CBN President and CEO Carlo Katigbak, this time, attempts to hold back his tears as he virtually spoke in front of his Kapamilya family in what looked like a town hall meeting.

It could be recalled that he attended all 13 hearings in the House of Representatives, straight-forwardly answering questions and refuting allegations thrown by the lawmakers.

However, in a short part of the meeting shared by actor Gerald Anderson, it seemed all the hardships had took a toll in Katigbak, since the House rejected ABS-CBN's chance at franchise renewal last Friday, July 10.

"Magandang hapon, mga Kapamilya. First of all, I want to thank everyone for…" he said, before stopping himself, his voice cracking, for an attempt to be in tears.

He tried to smile but, instead, he bowed down his head and breathed heavily before continuing on with his speech.

"First of all, I want to thank everyone for fighting with us," Katigbak went on.

Anderson, who praised the leader in Katigbak on the caption, only showed that part of the video on his Instagram post last Sunday, July 12.

"Leader," his caption read followed by hearts that dons the Kapamilya network's colors. "A boss has the title.. A leader has the people.."

On a Twitter post, a @krizzy_kalerqui shared another clip of Katigbak's emotional speech, saying the ABS-CBN employees proved their solidarity in the middle of their issue.

"I want you to know that in this pain, we rediscovered what it means to be a family," he said.

“In this pain, we rediscovered what it means to be a family” -Carlo Katigbak 💔 pic.twitter.com/LGwNjWXJAU

It could be recalled last Friday that the House of Representatives announced that they will not renew the franchise of ABS-CBN, receiving 70 votes. 11 chose to give them a chance for renewal, 2 chose to inhibit, and 1 abstained.

On the eve of the heartbreaking announcement, Katigbak was seen in solidarity with ABS-CBN employees and supporters in front of the ABS-CBN compound in Quezon City.

It was also last July 10 when Katigbak released his own statement about the matter, saying that the people of ABS-CBN is in pain because of Congress' decision.

Yet, he still thanked them for the opportunity to let the Kapamilya management to air their side despite the allegations thrown by them.

He thanked the congresspeople who are in favor of the media giant's chance at a franchise renewal, defending them during the 13 hearings.

Lastly, he thanked everyone who supported the network in their hard 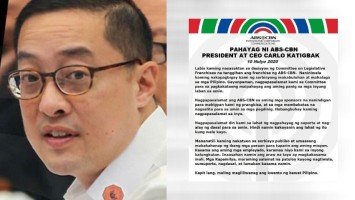 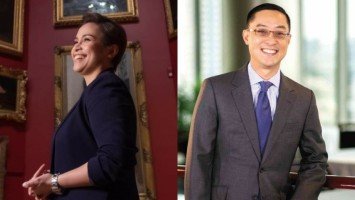