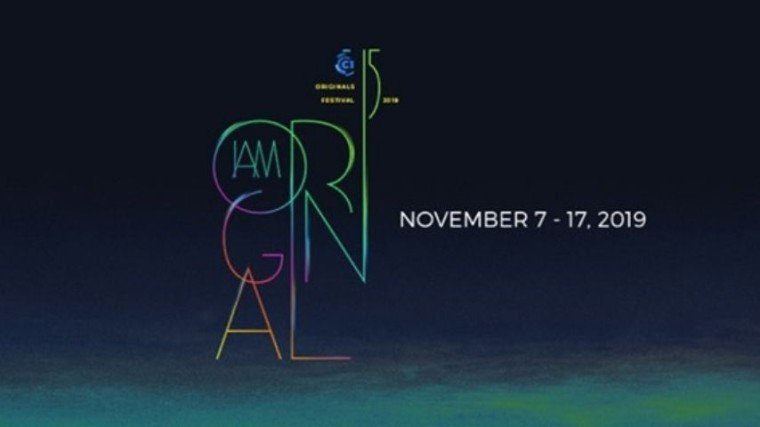 Here are the official entries for the 2019 Cinema One Originals Film Festival! Watch them all! Kaya mo?

Eight films were introduced to the press yesterday, October 22, at the Dolphy Theater in ABS-CBN for the 15th year of the Cinema One Originals film festival along with its tagline “I Am Original, Kaya Mo?”

The festival will take place in the cinemas of TriNoMa, Glorietta, Gateway, Ayala Manila Bay, and Power Plant Makati malls from November 7 to November 17.

The eight entries will also be screened in microcinemas, namely Cinema ‘76, Cinema Centenario, Black Maria, UP Cine Adarna, and Film Development Council of the Philippines (FDCP) Cinematheque Manila. It will also run in Vista Cinemas in Iloilo and Evia Lifestyle.

Get to know more about the eight entries by scrolling down below!

Directed by Victor Villanueva, who made laughs around the country with the critically-acclaimed Cebuano dark comedy film Patay Na Si Hesus (2016), Lucid centers around the phenomenon of lucid dreaming, one’s ability to become aware that he/she is dreaming and the possibility to control it.

The film tells the story of Anna Cruz (Alessandra De Rossi) who meets a mysterious man (JM De Guzman) in one of her lucid dreams, challenging her to turn her dream life into something more adventurous.

The film will hold its premiere night on November 10, 7:30 PM in TriNoMa.

The coming-of-age story of a 14-year-old named Adam (Gold Aceron) is the focus of the movie Metamorphosis. The J.E. Tiglao-helmed film follows a boy born with both male and female genitals and how he explores his sexuality.

The flick also stars Iana Bernardez, Ivan Padilla, Ricky Davao, and Yayo Aguila and is set to have its premiere night on November 10, 5PM in TriNoMa.

Kevin Dayrit showcases the story of a morgue intern (Anna Luna) who meets a not-so-typical vampire (Sarah Carlos) who forces her to become a blood pusher.

Apart from Luna and Carlos, the film is also headlined by Lauren Young and Jasmine Curtis-Smith and will have its premiere night on November 8, 10 PM in TriNoMa.

Described as an “LGBT ghost story” by director Giancarlo Abrahan, Sila-Sila follows a young man whose breakups tend to be messy but navigating feelings he had thought long gone but now suddenly rekindled.

Sila-Sila stars Gio Gahol and Topher Fabregas and will have its premiere night on November 8, 7:30 PM in TriNoMa.

Nang Ngumiti Ang Langit writer Denise O’Hara makes her Cinema One Originals debut in the form of Tayo Muna Habang Hindi Tayo, a romantic-comedy that centers around the assumptions, repercussions, and trauma the words “I love you” can bring to the table.

The film stars Jane Oineza and JC Santos and will have its premiere night on November 8, 7:30 PM in TriNoMa

Described as a horror film from a child’s perspective, Tia Madre follows Camilla (Jana Agoncillo) who witnesses her mother (Cherie Gil) change into something else that could possibly be inhuman.

This feature film debut of director Eve Baswel will have its premiere night on November 9, 5 PM at TriNoMa.

What happens when the lives of a freelance videographer, a rookie police officer, and an undercover agent come together? Find out in Utopia where a comet flies over Manila and the cosmic disturbances turn everything on its head for one night.

Starring Enzo Pineda, Vin Abrenica, Arron Villaflor, and Joem Bascon, the film by Dustin Celestino will have its premiere night on November 9, 10 PM in Gateway Mall.

Asia’s Songbird Regine Velasquez-Alcasid returns to the silver screen with Yours Truly, Shirley, a light comedy that follows a widow who has yet to move on from her husband’s untimely death. Her grief process involves seeing a pop sensation (Rayt Carreon) as the reincarnation of her late husband. 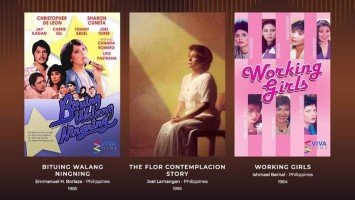 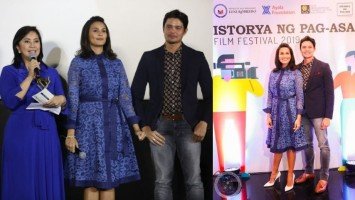