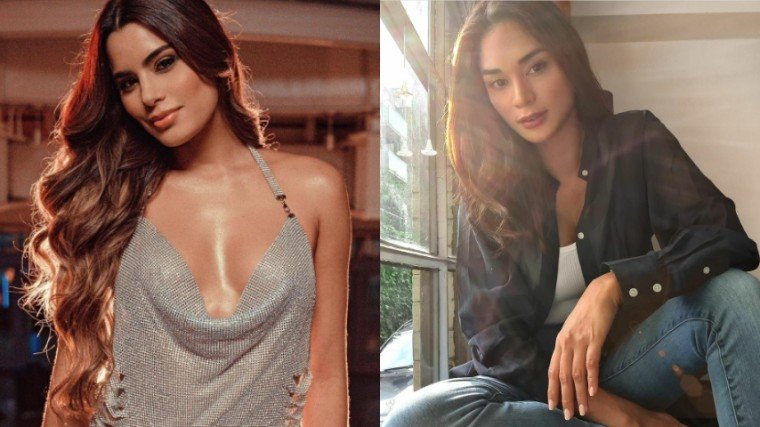 Ariadna Gutiérrez wants to have a chance to talk to Pia Wurtzbach, if given the chance!

The Colombian model began by saying she has not yet seen nor had the chance to talk to Pia since the controversial pageant had closed its curtains, citing that their respective busy schedules got in the way.

“Unfortunately, after what happened in Miss Universe in 2015, I never got the chance to see her again. I think we both started a new life. We were both very busy,” she told Jeff.

"She was enjoying her year as Miss Universe, she had a lot of things to do. Me as well. I think we got apart because of our jobs and I never got the opportunity to see her again. I was never in touch anymore with the Miss Universe Organization so we never got the chance to see each other.” she added.

This, however, helped Ariadna greatly when it came to moving on from the mistake.

It could be recalled back in December 2015 when comedian-host Steve Harvey incorrectly proclaimed Ariadna as the Miss Universe 2015, only to go back onstage a few minutes later to announce that Pia had actually won the title.

“But with all the opportunities that came after that, I started to enjoy life, enjoying every single project that I was in. I was motivated with other stuff that was going on in my life and definitely keeping myself busy with projects. That’s how I moved on with the support and help of my family,” she went on.

Five years after the controversy, Ariadna said she would love to have an opportunity to talk to Pia again.

She also said how people perceive that she hates Pia and Steve, which was not the case.

She reiterated her call to talk to Pia again, saying she has nothing but respect for her.

"Pia, if you are watching this, I really would love to meet you very soon. I have nothing but respect for you. I am very happy for all your success and I wish that maybe in the future, we could go together to the Philippines.” she said.

It could be recalled that Ariadna made headlines when she said in an interview with Colombian vlogger Hector Cermeño that she did not see Pia as a competition during the time, not until the final portion of the pageant.

"I actually saw her twice during the competition, once at the dining area and during rehearsals. But a person like a... a ghost! You see her and never again, like the exit signs! Nobody saw her," she said, translated in English.

"I did not notice her and when I did, I did not think of her as my competition, that is the truth," she added.

Her statement garnered mixed reactions from netizens, including the likes of pageant expert Adam Genato and Miss Bulgaria 2015 Radost Tarova who both slammed her for what she said.

Ariadna, then, clarified her statement through a reply from a netizen's comment saying she said nothing wrong, which was captured by local pageant site Pageanthology 101. She said her statement was simply misunderstood.

Pia has yet to comment on the issue nor has she responded to Adriana's call to talk, as of writing.

Ariadna Gutiérrez said her statement about Pia Wurtzbach was misunderstood