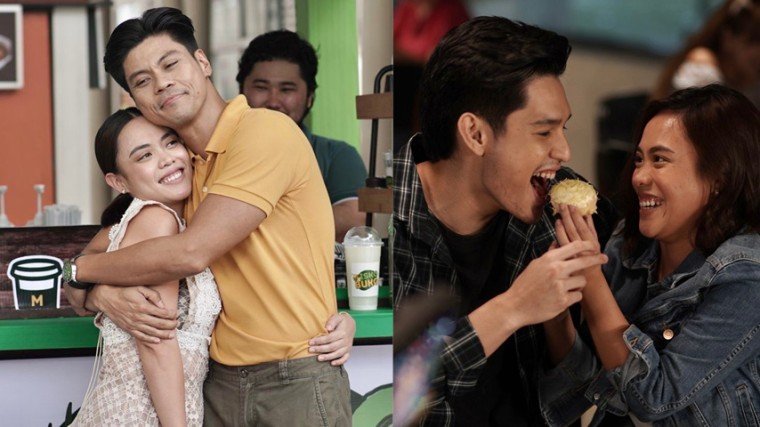 In a relationship, are you willing to settle for less? Or will you be brave enough to walk out of a dragging relationship because you know you deserve so much more?

In a relationship, are you willing to settle for less? Or will you be brave enough to walk out of a dragging relationship because you know you deserve so much more?

Viva Films ushers in the New Year with a romantic-comedy offering via Girlfriend Na Pwede Na, starring the reel-and-real-life team up of Kim Molina and Jerald Napoles, known by their uniname KimJe.

Already in her late 20s, she’s been longing to finally move on to the next chapter of her life and marry her long-time boyfriend Jiggs (Gab Lagman). But Jiggs, despite their seven-year relationship, has given no hints in popping the question to Pam.

As it turns out, he is not so sure that Pam is the one for him. Hurt and insulted, Pam breaks up with Jiggs but regrets it almost immediately after realizing that Jiggs still owns her heart.

Instead of moving on, Pam formulates a plan to make Jiggs want her back and make him realize that she is the one for him. With help from her friends, they will hire and create the perfect guy to make Jiggs jealous. This guy would be Isko (Jerald Napoles), a simple Buko Juice vendor who, in exchange for a good amount of money, agrees to pretend and be the perfect boyfriend for Pam.

What was a fake and forced relationship at first turns into a happy companionship as Pam and Isko’s humor jive perfectly. They, too, realize that they have a lot in common. Jiggs and their friends also begin to notice a change in Pam and her growing closeness with Isko.

But the plan worked. Jiggs becomes jealous and now tries to pursue Pam once more. This could be the perfect ending for Pam’s original plan, but the catch is Pam is now starting to see Isko in a different light and is falling for him.

Will she choose the one her heart is already familiar with? Or the one who came unexpectedly? Is Jiggs still the one she wants? Or has Isko completely changed her mind?

From Viva Films, catch a story that will teach you that you should never settle for less. Be ready to fall in love and be loved for who you are. Catch Girlfriend Na Pwede Na in cinemas starting tomorrow, Wednesday, January 18.