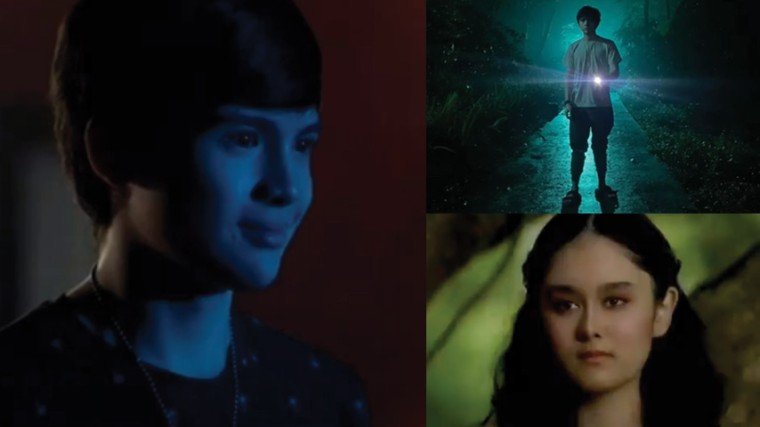 The director, Adolf Alix, Jr., meanwhile, bagged the best director plum for a feature film from the BIFF.

The suspense-thriller That Boy In The Dark itself received an honorable mention at the Toronto Film and Script Awards.

Joaquin first made a mark in the industry when he was introduced as Cassy Legaspi’s love interest in the most-watched Kapuso TV series First Yaya in 2020.

The stint was followed by yet another appearance in the First Yaya sequel, First Lady.

In That Boy In The Dark, Joaquin plays Knight, who, at a very young age figures in an accident due to heated altercation between his parents, (Glydel Mercado and Ramon Christopher).

Knight suffers head trauma which damages his optic nerves and renders him blind at 19.

His mother leaves him while his father runs off with another woman.

Knight is left under the care of his grandfather (Nanding Josef) and doting guardian Mamay Ched (Lotlot de Leon).

Given the situation, Knight grows up to be rebellious.

But while he is denied of sight, he acquires a keen hearing ability.

When left alone in the family home, Knight then experiences extraordinary encounter with a girl whose reflection he sees even in total darkness.

Eventually, Knight discovers the mystery behind the girl who happens to be his childhood friend Ellie (Aneeza Gutierrez) and other surrounding details about a secret that shrouds the girl’s life and his rival Danos (Kiko Ipapo).

This early, Joaquin already has four international acting awards for just one movie, including the latest, as the Silver Winner lead actor in the Latitude Film Awards in London.

Direk Alix was a a Silver Winner, too, in Directing.

That Boy In The Dark opens in cinemas nationwide starting January 8, 2023