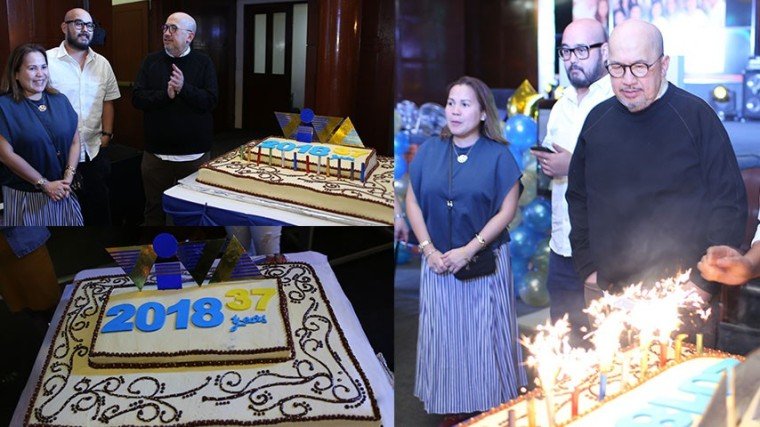 Viva CEO Vic del Rosario Jr. (in black) was joined by his children Veronique and VR near the stage where the giant cake was set up. Veronique and VR are also Viva executives, handling different departments within the family business.

Last November, Viva Entertainment celebrated its 37th year with a bang as it threw a grand anniversary party full of fun, food, and prizes to be won. Employees went all out as they showed off their talents in an interdepartmental competition ala Your Face Sounds Familiar hosted by none other than Billy Crawford. Check out the highlights from the party below: