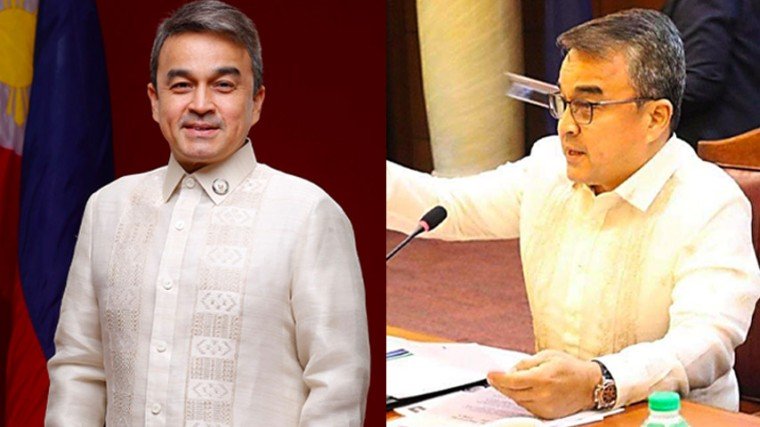 Represenattive Ace Barber’s proposal to subject everyone involved in a production to drug testing – catering people included - is ridiculous. Film Development Council of the Philippines chair Tirso Cruz III calls it “discriminatory.” And that’s true. There are countless drug bust operations being conducted every day in all parts of the country. How many actors had been caught? Sure, there are drug users in the showbiz profession. But the industry can tell who they are: those who slur and can hardly memorize their lines. Production outfits stay away from these trouble-makers – until they have reformed. So, you see, the showbiz industry is one big rehabilitation center. Even those with diva ways eventually behave. They know that they can easily be replaced – given the big supply of actors waiting to be employed.

Actor Dominic Roco, for instance, gets arrested in a drug bust the other Saturday in a townhouse in Quezon City. As a knee-jerk reaction, he immediately proposes a bill that would require everyone in showbiz to undergo mandatory drug testing.

How does he want this done exactly? His proposal: Require everyone – from movie stars to cameramen – to undergo drug tests before they are made to sign contracts in all their showbiz projects.

But back to entertainment people. In both movies and television, not everyone is tied down to a contract. There are actors who are called in at the last minute to do a movie or a soap.

In a lot of cases, these actors are made to report to the set just the day before the shoot. There’s no more time for contract-signing, much less for drug-testing because every minute is important, especially when shooting a daily soap opera.

Those who stumble over their lines, in fact, sometimes are no longer made to do a retake. Maybe that’s the reason why actors are suspected to be drug users.

No, they don’t necessarily stutter as a result of drug abuse. They flub their lines because they are pressured to finish their scenes as fast as possible.

Everyone is in a hurry. In most cases, the scenes being shot that day are scheduled for airing later that night. Actors even miss meals because they are made to finish as many as 25 or so sequences in a day. When will they find time to assemble their shabu paraphernalia?

Of course, there are those who will say that this is the reason why actors take drugs – to stimulate them and keep them awake during shoots. That will not be tolerated on the set because a cast or crew member high on drugs may cause delays.

A person involved in production may successfully smuggle drugs into the set.  But co-workers are bound to find out. They will talk and report the incident to the production head who will deal with the erring cast or crew member.

Those who do drugs get blacklisted. Why, even elderly actors who suffer from high blood pressure are rarely employed by networks because they may just collapse in the middle of work and pose a problem for production.

Now, as per Rep. Barbers’ suggestion, the cost of drug-testing should be shouldered by the production company. Why doesn’t he just gather all producers and throw them into the ocean to drown?

No thanks to the pandemic and the disenfranchisement of ABS-CBN, it is only GMA that had been posting huge revenues in the past two years. Other production companies had been bled dry due to costly operations and the swab testing was one of the major expenses that made producers cry ouch!

Adhering to safety protocols, however, was absolutely necessary – still is necessary – due to the pandemic. But that comes at a cost. With drug-testing as an additional layer of expense for production, how do you expect the perpetually cash-strapped indie filmmakers to continue with their art?

Producers may have spent for the swab-testing of everyone involved in production, but don’t forget that these people are businessmen. They will always find ways to get back their investments.

Actors, directors, the crew and creative staff may not have paid for their swab tests, but were they not the same people who made sacrifices by agreeing to a pay cut just to keep the production rolling?  In the end, it is still the actors, the cameramen and even the utility boys who will pay for Rep. Barbers’ grand dream of having a drug-free Philippines.

This is not really the first time actors had been asked to undergo drug tests. During the third quarter of 1999, people in showbiz were already persecuted and accused of being drug users.

The Philippine National Police even opened its doors to entertainment people to enable them to volunteer for drug testing. The first to subject himself to this testing at the PNP offices was comedian Dinky Doo, Jr. Most others didn’t want to waste half of their day going to Camp Crame and sitting through the horrible Santolan traffic.

What the PNP did was to send their personnel to studios where on-cam talents agreed to pee in a cup. The result: It was proven that actors, anchors and TV hosts were not dope dependents, after all. Now comes another round of witch-hunting - targeting once more the public’s favorite whipping boy: The actors, who else?

According to Rep. Barbers, actors should be made to undergo drug-testing because the youth idolizes these people. He also added that the young copies even the way movie stars dress up. Well, there’s some truth to that. But that was during the time of Lo’ Waist Gang in the late 1950s to the early 1960s.

Since Hollywood had always been accessible to Filipinos, the Pinoy youth had since looked up to trends in America. In fact, even the Lo’ Waist Gang members – Fernando Poe, Jr., Zaldy Zshornack, Butch Bautista, etc. - were simply inspired by the fashion sense of James Dean.

In this digital age, there are hardly superstars to idolize on the big screen and even on TV, which is fast dying as an industry. The young these days get inspiration from vloggers. This is precisely the reason why a lot of them had been labeled as “influencers.”

Perhaps Rep. Barbers should also subject these vloggers to drug-testing since they now have a bigger influence on the public – not just on the youth. That’s a rather large industry to cover since every other person now has a YouTube channel.

And while we’re on the subject of idolatry, why doesn’t Rep. Barbers just zero in on the K-Pop stars? Maybe he should fly to Korea and ask those youngsters with flawless skin to urinate in his presence since they have the largest influence on young Filipinos anyway. What a sight he will make after he returns home from this Korean mission. Imagine Ace Barbers flashing the K-Pop sign.

The proposal to subject everyone involved in a production to drug testing – catering people included - is ridiculous. Film Development Council of the Philippines chair Tirso Cruz III calls it “discriminatory.” And that’s true.

There are countless drug bust operations being conducted every day in all parts of the country. How many actors had been caught? Sure, there are drug users in the showbiz profession. But the industry can tell who they are: those who slur and can hardly memorize their lines.

Production outfits stay away from these trouble-makers – until they have reformed. So, you see, the showbiz industry is one big rehabilitation center. Even those with diva ways eventually behave. They know that they can easily be replaced – given the big supply of actors waiting to be employed.

Those who take shabu are mostly actors whose careers are on the wane. They simply can’t accept the fact that they are already over-the-hill. Drugs become their coping mechanism in life. The rest embrace spirituality, which is the best option to deal with failure.

Members of the entertainment profession are not all bad people. The well-paid actors can always be counted on every time a lowly industry worker is in need of financial aid. Even those in the middle-income bracket chip in each time a colleague has to be hospitalized or need burial assistance.

And they don’t take out tarpaulins to make it known to one and all that they’ve extended assistance to the needy. To think that they use their own money and not public funds for whatever donations they make.

Oh, who are these “epal” people who put their pictures on tarps to announce that they’ve given this and that to their constituents? Hmm. Maybe it’s about time politicians are subjected to drug tests. This is to end speculations that some of them are not just drug users, but drug lords themselves.

Instead of actors being made role models, it is the government officials who should be given the burden of setting a good example since they are the ones who have the taxpayers’ money at their disposal. They have responsibility to the people so they better behave.

It’s about time today’s politicians brought back the good name that used to be associated with people in public office.

The Butcher | Getting to the Heart of the matter